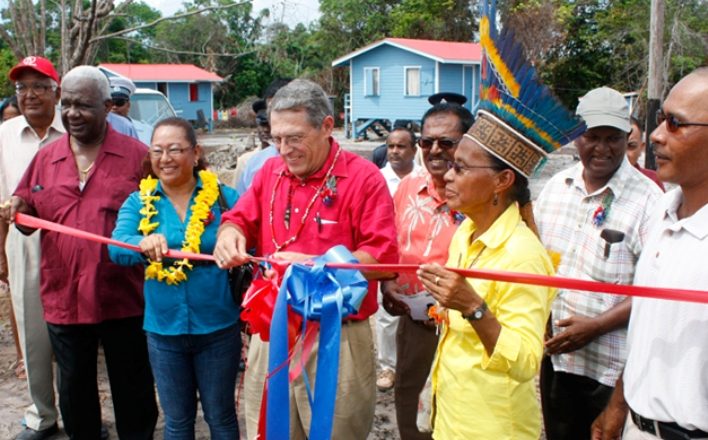 Through their foundation, Joe and Judy Roetheli of SM Products / SPYDER Tools have helped build four villages in Guyana, the second-poorest country in the Western Hemisphere.

The Roethelis were inspired to action after a priest visited their church and talked about Food For The Poor, a nonprofit that fights poverty in 17 Latin American and Caribbean countries. That organization, which is one of the largest relief groups in the United States, collaborated with the Roethelis and their Lil’ Red Foundation on the Guyana construction projects.

The villages range in size from 50 to 100 houses and include libraries, worship centers, freshwater wells and other resources. The construction is a huge improvement for many of the residents, who previously lived in basic shacks.

The second village, known as the “miracle village,” is in a rain-forest jungle with no road access. The locals cleared 40 acres of jungle with machete and ax, and helped clear a 32-mile trail to allow delivery of more than 50 truckloads of building supplies. Two construction crews built the homes. All 70 families were living in their completed homes 54 days after Food for the Poor first visited the site on behalf of the Lil’ Red Foundation.

It’s a personal mission for the Roethelis, who both grew up in poverty. “I saw poverty,” Judy said, “but not like we saw in Guyana.”

The Roethelis have an ongoing relationship with the villages they’ve helped. They are looking for volunteers who want to travel to Guyana in September and repaint the buildings there. (If you’re interested, send an email to joe@jjkeyco.com.)

Unlike the United States, Guyana offers no government safety net, and even charitable assistance is minimal.

“They’re kind of out there on their own, and we feel like we can make a significant difference,” Joe said.