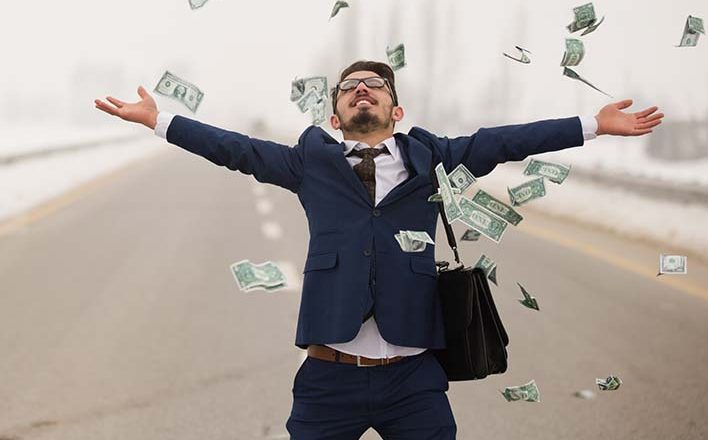 Building Kansas City: In the Money

Thanks to a diverse local economy, Kansas City‘s financial services industry has made strides since the Great Recession. The banking and insurance sectors are enjoying record employment and, depending on the regulatory and political climates, are poised for even greater growth.

Banks are holding their own in a Dodd-Frank regulatory environment that discourages lending because of higher reserve requirements and an almost risk-free interest paid on them. Insurance is showing a hearty pulse, too.

Financial services should be one of the bright lights for the region’s future, according to Jeff Pinkerton, senior research analyst for the Mid-America Regional Council and president of Metroinsight.

From Lows to All-Time High

The financial services field was hit hard between 2007 and 2009, with activity in housing and mortgage loans plummeting. Kansas City‘s financial industry reached an employment low in 2009, Pinkerton said.

Many of these jobs also pay above-average salaries. According to the JobsEQ database from Chmura Economics & Analytics, there’s growing demand for insurance sales agents, financial managers and personal financial advisers, who make $68,100; $130,600; and $119,500, respectively.

Kansas City banks, like banks across the country, have been affected by the low-inflation environment, according to Dr. Joseph Haslag, professor of the Kenneth Lay Chair in Economics at the University of Missouri.

When the Great Recession struck in 2008, Haslag said, the Federal Reserve reversed an earlier decision not to pay interest on bank reserves. Not only did the Fed restore the interest payments, it extended the reserves eligible for the program. The return on reserves is about the same as the return on the three-month Treasury security, he said. “If we think of that as being the risk-free rate of return, that explains why we haven’t see a lot of action in bank lending,” Haslag said.

Waiting for a Breakout

Haslag, who conducted a study of Missouri banks in 2015 for the Missouri Bankers Association, said the balance sheets of three of Kansas City‘s largest banks show that only Commerce experienced a slight increase in lending from July 2016 to April 2017. Others were flat to a little off.

“I don’t think there are any dire circumstances, but we are still waiting for the breakout to occur,” he said.

National politics—specifically how it affects the Dodd-Frank banking regulations and the North American Free Trade Agreement (NAFTA)—could be a factor in banking locally and across the country. Rewriting Dodd-Frank, for example, could allow banks to lend more of their reserves, increasing economic activity. Any changes to NAFTA could have an effect because of Kansas City‘s location on Interstate 35, with connections to key trade areas in Canada and Mexico.

The Trump administration and the Republican Congress have expressed a need to change both measures, but no action had been taken by late May.

Haslag said the outlook for banking and the economy is both hopeful and cautious.

“Kansas City is like the rest of the country, just waiting for things to turn around,” he said. “They want to stop holding those low interest reserves and start making loans.”

While there is a “wait and see” attitude among bankers and other financial executives because of political uncertainty in Washington, Haslag noted that the stock market had not shown a consistent negative reaction through mid-May “even with all the noise going on in D.C. They seem to be banking on improved productivity.”

Pinkerton said banking and financial services salaries are good in Kansas City, with a typical financial planning adviser making just under $120,000 a year, according to the JobsEQ database. There should be a need of 1,551 jobs in the financial adviser area during the next 10 years. Securities, commodities and financial services sales agents have an average salary of $108,200 with current employment shown at 2,897. About 760 jobs are projected for financial managers over a 10-year period.

Farmers and other national insurance companies have major operations in Kansas City, and Lockton Companies Inc. grew up here, Pinkerton said. Lockton, with 6,000 employees in 88 locations in 24 countries, is the world’s largest privately-held insurance brokerage firm. There is also Kansas City Life, which was founded in 1895. It has about 500 employers here and 1,400 agents in 48 states and the District of Columbia.

Spring Venture Group is a Kansas City insurance sales and marketing company that is making waves. It plans to hire 242 people in 2017.

Spring Venture focuses on Medicare supplement plans and consults with customers about the best policy for them. CEO Chris Giuliani said the company sold 67,000 total policies nationally in 2016 and expects to reach 130,000 in 2017. Giuliani notes that 10,000 people turn 65 each day and that by 2025, the senior population will be more than 73 million.

Spring Venture Group started in 2007, and there were good reasons to launch in Kansas City.

“It’s great for us due to the vast sales and technical talent Kansas City has to offer,” Giuliani said.

“I think other companies find Kansas City a good place to do business because they can find people who are in the know in insurance,” he said.

Brian O’Laughlin, president of the Kansas City Association of Insurance and Financial Advisors, said the insurance industry is strong in Kansas City. However, there is a need to recruit younger employees because the number of agents is declining here and across the nation due to retirements and changes in compensation, he said. The Chmura JobsEQ table shows a 10-year replacement need of 1,800 sales agents in Kansas City by 2023, with the total demand of 2,271.

O’Laughlin said young agents need to be trained by the senior people left. “We need to teach them not only how to make it profitable to them but to be of service to clients,” he said. He also stressed the need for insurance agents and financial advisers to work together on a “defense-offense” strategy for their clients.

The investment, banking and insurance sectors go hand in hand. But financial advisory firms and insurance companies are not affected by the reserve regulations that have slowed bank lending.

Financial advisory services have a strong presence in the Kansas City region, and with good reason, said Nedra Mitchell, a financial adviser with Waddell & Reed for 13 years.

Kansas City has a healthy investment market because there are many people in the upper-middle and middle-income category, and many want assistance. Mitchell deals with both Baby Boomers and younger people preparing for retirement.

“There are many opportunities for financial advisers, but there is a lot of competition,” Mitchell said. “There are a lot of financial services companies.”

Pinkerton said financial services salaries are good in Kansas City, with the typical financial planning adviser salary listed at just under $120,000 a year, according to data. The 10-year total demand in this sector is 1,551 jobs.

The Right Mix for Growth

Kansas City is a good market for financial services because the rest of the region’s economy is diverse and growing. Businesses in other industries (and their employees) ultimately drive demand for lenders and financial service providers, too.

The city’s IT sector, dominated by giants like Cerner and Garmin, is a good example.

Some of the nation’s strongest cities for IT employment are San Jose, Calif.; Boston, Raleigh, N.C.; and Austin, Texas.

“But when you get down that list a bit, around eighth or ninth, Kansas City pops up in terms of employment,” Pinkerton said. “We are the 30th largest metro area, so we are way above our weight class in terms of IT.”

As the head counts grow at these companies, all those employees are going to want to buy homes, cars, groceries, dinners out—all of which fuels demand for other types of business.

Pinkerton said the industry mix is right for Kansas City to be poised for growth, which will mean demand for employment and demand for growth and investment. The only drawbacks, he said, would be if companies can‘t find the talent or the funding to grow.

It is important to have a broad range of financial, industrial, IT and commercial infrastructures, he said.

“You can have a great financial services industry in an economy that is built on buggy whip manufacturing, but it’s not going to do you any good,” Pinkerton said.