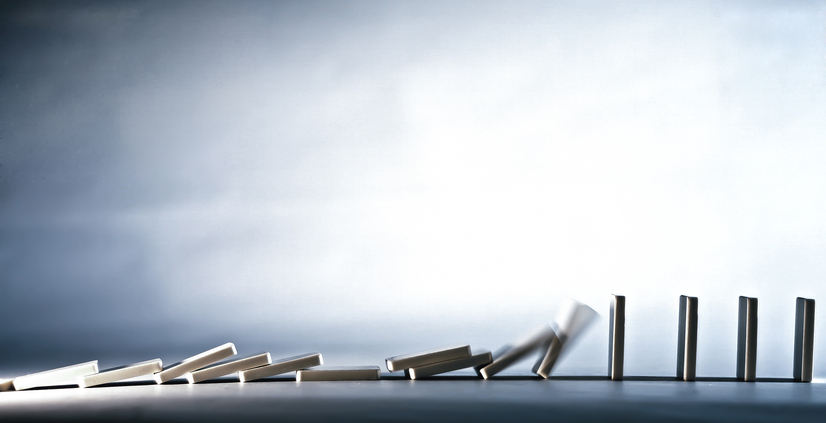 Do You Self-Sabotage Your Business?

Is self-sabotage holding your small business back?

“What great thing would you attempt if you knew you could not fail?” It’s a thought-provoking question that is usually credited to the late evangelist Robert Schuller. Many others have used a version of it. It was the opening question from Regina Dugan, former director of DARPA, in a great TED Talk several years ago.

Could fear of failing be holding you back?

There are very few people who can answer that question with an unequivocal “no.” We all fear failure at some point. That fear can be a real ball and chain on businesses and on individuals. The specter of “what if it fails?” keeps companies from entering new markets, launching new products, offering new services, increasing prices, decreasing prices, adding employees, firing employees … the list goes on.

How many amazing ideas never made it beyond the point of imagination? How many world-changing innovations were never even written down because someone thought they were just too bold?

How different would the outcomes be if the people who dreamed up these ideas knew they could not fail?

What if fear of failure held back these two?

“In October of 1903,” Dugan noted in her TED Talk, “the prevailing opinion of expert aerodynamicists was that maybe in 10 million years we could build an aircraft that could fly.”

Very few business owners (or individuals) are intentionally trying to fail. More commonly, we encounter what can best be described as self-sabotage, and that is frequently ignited by the fear of failure.

And sometimes we’re haunted by the opposite outcome: We’re afraid our big idea will succeed. We get so afraid of the unknowns that we intentionally make decisions that slow or completely squash the opportunity altogether.

An example of self-sabotage is when an opportunity arises that could significantly spark growth and add value to a business. But that opportunity may require additional staff or management. The company might need to invest in inventory, an expansion or additional training. The fears of “what if it does work?/what if it doesn’t work” set in. The business owner becomes paralyzed. Instead of taking action, roadblocks are created that prevent the idea from developing. The owner self-sabotages the opportunity—the one that, in their mind, they are actually striving to achieve.

Defeating self-sabotage and reducing the risk of failure

In your business or your personal life, what is something you genuinely would like to make a reality, but—for whatever reason—haven’t? If you were 100 percent sure that you could not fail, would you do it? Of course you would.

Unfortunately, there will always be some risk involved. The good news is that, while risk is impossible to eliminate, you can reduce it.

After you identify what it is you want to achieve, you must make a plan and develop a strategy.

Then you need to take action on the long list of things that must occur for your idea to become a reality. Unfortunately, this is where most great ideas die. The expansion never materializes, the new service never is offered, and the new product remains a sketch on the back of a napkin. Meanwhile, your 80-hour workweek continues unabated.

What’s the solution? You need to think–and act–like a visionary.

Visionaries can see two things: where they are now and where they want to be. To reach that end result, there needs to be a first step. Take that first step.

Self-sabotage–that internal voice that keeps asking “what if it fails?”–hates the first step. Because it knows that when you properly execute one step toward your goal, another step will follow, and then another. Keep making progress, and self-sabotage can’t win.

What are you doing to defeat self-sabotage? What great thing would you attempt if you knew you could not fail?