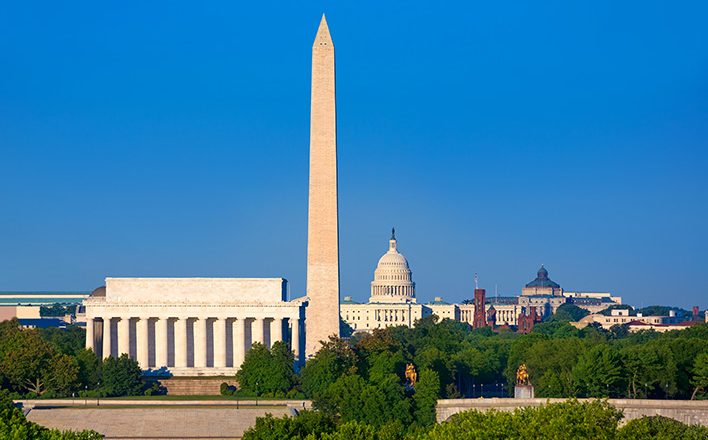 Successful business owners share several traits—but they come from all walks of life.

Almost the minute Roger Ward walked into Elisa Waldman’s office, she knew that he had the traits of a successful serial entrepreneur.

Waldman is a consultant at the Kansas Small Business Development Center at Johnson County Community College, where she advises new and established business owners like Ward. She said the young Army veteran “could bump into anything that intrigued him and decide how to build a business around it.”

Ward bought a delivery company in 2007, and two months later, he realized that it was doomed if he didn’t make rapid changes. Ward transformed it into Great Day Moving, a moving and delivery business. The results, which include a Tulsa franchise, have impressed Waldman.

It didn’t stop there. Ward then opened a drastically different business—a body jewelry kiosk business called Pierced?—with 11 locations across the country, including one inside a Kansas City tattoo shop.

“He is proactive as opposed to reactive,” Waldman said. “He controls the environment and shapes it to meet his needs as opposed to others who say, ‘This is my skill set, where do I fit in.’ It’s a totally different paradigm.”

It’s true: Entrepreneurs tend to be a breed apart. They share traits and behaviors that average Americans don’t always possess—like a bias for fast action, in Ward’s case. But it’s also true that entrepreneurs emerge from all walks of life, from every demographic group on the face of the Earth.

If you’re interested in becoming your own boss, it’s a good idea to take a personal inventory first. Think long and hard about whether it’s the right choice for you.

Just remember that entrepreneurs can come from anywhere and everywhere.

Local business consultants tend to see the same traits again and again in successful entrepreneurs. Tenacity and the ability to make rapid changes top the list.

“Maybe above everything else, they have to have tenacity,” said Michele Markey, vice president of Kauffman FastTrac, which offers training to up-and-coming entrepreneurs. “Just a real belief in what they’re doing.”

Others agree that perseverance is essential.

“They don’t take failure as a place to stop,” said Carmen DeHart, director of ourtreach programs at the University of Missouri—Kansas City’s Innovation Center.

Instead, they see it as “fail fast, move on. The quicker we fail, the better we are at moving on with perseverance,” she said.

They also know their strengths and weaknesses, DeHart said.

“Know your strengths and also be well aware of your weaknesses so that you can compensate and fill that gap,” she said.

DeHart also believes you must be someone who has a need to keep learning, be it in a classroom, from mentors or by gaining knowledge through old-fashioned trial and error.

Entrepreneurs also have uninhibited passion. That excitement and pure devotion will get many an entrepreneur through the dark days of business.

“There’s a lot of time and effort and blood, sweat and tears,” Markey said. “You have to use the resources that are available to you and actively seek out what others in the marketplace are willing to tell you about your services and incorporate that.”

Passion—as many belly-up business owners will admit—is tricky, too. It can trip up those who refuse to believe the cold, hard marketplace facts.

“They let their passion override what the marketplace is telling them or what advisers might be telling them,” Markey said. “Sometimes your passion is so big that you don’t listen to the indicators.”

Markey believes that having a strong short- and long-term strategic plan for a business is imperative.

“If they’re a startup or even if they’re running an existing business, there tends to be a danger of getting caught up in the day-to-day activities and becoming very tactical about their business needs,” Markey said. “I would like to see entrepreneurs think more strategically and have a vision of where they want their business to go.”

She suggests charting out a plan for a minimum of three years. Then ask: “Does this fit? Does this fit with my personal goals, my professional goals and my financial goals?” she said.

WHAT THE NUMBERS REVEAL

Several organizations, including the Kansas City-based Kauffman Foundation, have conducted studies to get a clearer picture of the typical entrepreneur. What does the research say?

While Millennials might get most of the press attention for starting their own companies, there is plenty of research that shows Baby Boomers aren’t retiring to their rocking chairs.

The Kauffman Foundation reports that high-tech startups are “twice as likely to be founded by someone older than age 50 as opposed to someone younger than age 25.”

The Kauffman Index also offers these facts about the new entrepreneur in 2015:

» Immigrants make up about 28.5 percent of all new entrepreneurs.

» Diversity is on the uptick. More than 40 percent of new entrepreneurs are African-American, Latino, Asian or nonwhite.

The Index report hardly shocked Patricia Brown-Dixon, who oversees a four-state area as the U.S. Small Business Administration’s regional director. Baby Boomers have a lot of potential for entrepreneurship, she said.

“Some of them have a few more resources to deal with, retirement money, 401(k) s that others may not have, not to mention the experience and expertise.”

WHERE DO YOU FIT IN?

Brown-Dixon dismisses a lot of the stereotypes she hears about the ideal entrepreneur. She’s been working with small businesses long enough to know entrepreneurs come from anywhere and everywhere.

“I need to talk to you,” the woman said. She had an invention and wanted Brown-Dixon’s advice.

“I was thinking ‘What in the world?’” Brown-Dixon said, laughing.

She helped her fellow church member connect with SCORE, a nonprofit group that pairs budding entrepreneurs with business mentors. The SCORE team immediately realized the church member, who didn’t fit into the statistical demographic mold, knew what she was doing.

“Do you know that she had already patented the invention?” Brown-Dixon said.

SCORE consultants helped her track down a manufacturer that had been making a similar product and could do it at minimal cost.

“I was just blown away,” Brown-Dixon said. “They helped her that much. They actually helped her find someone to manufacture her item because she was really stuck.”

It’s a reminder that you never know where the next amazing idea will pop up. Entrepreneurs might be quietly sitting next to you in a church pew.

“Can you see why I love this job?” Brown-Dixon marveled. “She’s an entrepreneur now.”