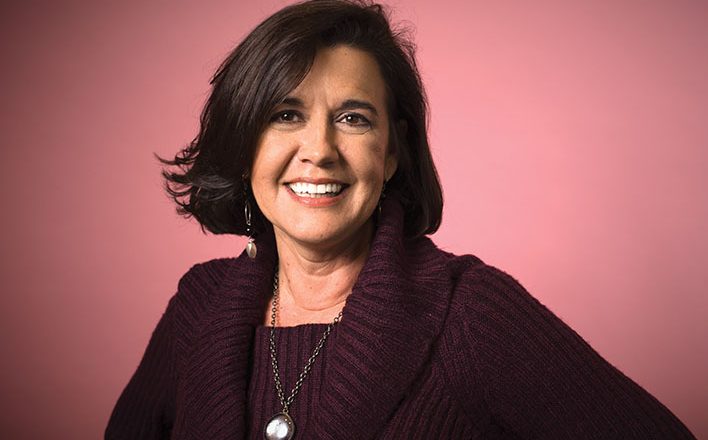 Gretchen Henry Scales Up Her Company

When Gretchen Henry started ConsultUS Technology LLC, the math junkie knew that some of the most insurmountable business challenges could  be solved with custom software.

She also knew small to mid-size businesses struggled to keep up with technology changes and often became overwhelmed by federal guidelines and fiduciary record keeping processes. So Henry began using her math background to create automated technical solutions for those markets. ConsultUS Technology offers web development, database engineering and server management. Henry creates custom software systems for businesses to streamline work. That can include creating technical ways to cut down on those lengthy, but critical, recordkeeping processes required to adhere to federal or state guidelines.

Eventually Henry left her job as a federal retirement thrift contractor so she could devote all of her time to her new enterprise. It’s proven so successful that she launched a new business, Sprout Solutions, in January to tap into the agricultural market as well.

Grabbing a Lifeline Before Taking the Plunge

Before making the leap, Henry turned to ScaleUP! Kansas City. The program is designed for growth businesses. It offers classes, peer mentoring, professional guidance and more. ScaleUP!  Kansas City, which is offered by the UMKC Innovation Center and U.S. Small Business Administration, is available to those who have been in business for at least two years, generate at least $150,000 to $750,000 and are in a market capable of supporting more than $1 million in sales.

Henry was selected for the class at a critical time for her business.

“It takes a business from growth to true scaling. That resonated with exactly what we needed to do. It fills in the gaps in my knowledge,” she said. “It’s been phenomenal.”

Henry said the ScaleUP! program will make a lasting mark on her business.

The ScaleUP! experts opened her eyes to a diverse group of Kansas City organizations that offer services and resources to entrepreneurs and businesses. Henry was able to call on some of the resources immediately, and she knows that others will be critical later as her business grows more.

“You get to sit across the table from them in a speed dating kind of mode to learn what they have,” Henry says. “You just can’t get something like that in any other way.”

Henry said that before ScaleUP!, she didn’t think her tech business had anything in common with the food industry. But ScaleUP! taught her that entrepreneurs often encounter similar challenges and that it can be helpful to reach out to her classmates that were in different industries in order to gain new insight.

Being able to think across industries allowed Henry to tap into a new agricultural market this January. She grew up in a farming community in southeast Missouri but thought the agricultural business wasn’t for her—until she began watching how federal guidelines were threatening family farms. Then Henry realized that her business and technical approach would work for agricultural businesses, which have been slower to adapt to technology.

“What we’ve been doing in the financial world is really relevant to the agricultural world,” she said.

In January Henry launched Sprout Solutions, which is a software company that offers two customized applications, CommodiTrade and Milling Station.

Milling Station is a software application designed to help small to mid-size feed mills easily manage inventory and comply with federal ingredient guidelines. The application allows businesses to track every shipment in the animal feed industry right down to the lot number. It ensures safety and quality assurance standards are being followed. And it takes the weighty burden off small businesses that had struggled to keep up with federal standards.

“We are launching it now, Henry said of Sprout Solutions, “and ScaleUp! has definitely been a great part of our success.”

ScaleUP! also helped reinforce several decisions that Henry made related to her expansion, including hiring a marketing agency to help with branding for Sprout Solutions.

“We took the leap with taking that approach and ScaleUP! really reinforced that that was a good decision,” she says, pointing out that not many entrepreneurs have a chance to run risky decisions like that past a team of business advisors. Until ScaleUP! Henry was making all of those major calls on her own.

Henry spent her career crunching numbers, so she didn’t join ScaleUP! For its accounting help. Yet the financial presentations opened her mind to an entirely new way of thinking, she said.

“You get used to solving a problem in a way that makes sense for you,” she said.

She stopped focusing so much on short-term costs and had the confidence to adopt a long-range outlook. That confidence, she says, can’t be understated.

“I think by having that longer vision, you have comfort in the decisions you are making,” she said. “You don’t feel like you’re flying by the seat of your pants so much.”

Are you ready to ScaleUP!? // ScaleUP! Kansas City—an elite program for Kansas City small businesses—is looking for companies that want to supercharge their growth. Learn more at www.scaleupkc.com