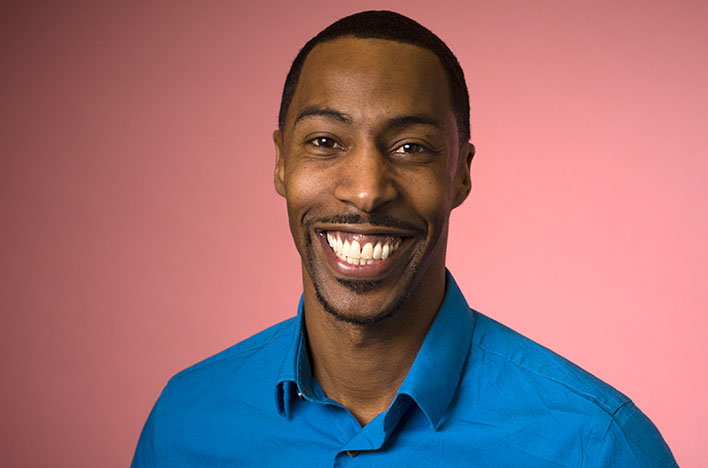 Rappin’ Roy and Reggie Regg might not seem like your average entrepreneurs, but music is a serious business for them.

Dressed in matching sweat suits, the energetic Kansas City children’s entertainers are always ready to perform. They blend hip hop, a touch of magic and an upbeat positive message to their educational-based program.

The co-owners of H3 Enterprises—short for Healthy Hip Hop—aim to have even the most lethargic student up and dancing, laughing or moving to their original music within minutes. H3 blends high-energy entertainment shows with technology to deliver educational programs for kindergarten through sixth-grade students. They successfully energize chaotic child audiences with confidence and with an eye on their long-term strategy—a national audience.

The Hop to Education

To get there, H3 co-owners Roy Scott, aka “Rappin’ Roy,” and Reggie Gray, aka “Reggie Regg,” recently transitioned from the entertainment market to the educational technology market.

“We are creating original content—music and video content—that’s educational based. Right now,our focus is STEM and literacy,” Gray said.

The H3 owners turned to ScaleUP! Kansas City to refine their plan.

ScaleUP! Kansas City is an elite program designed for growth-oriented businesses. It offers classes, peer mentoring, professional guidance and more. Offered by the UMKC Innovation Center and U.S. Small Business Administration, the program is available to those who have been in business for at least two years, generate at least $150,00 to $750,000 in annual revenue and are in a market capable of supporting more than
$1 million in sales.

Gray has been an entrepreneur since the age of 12, but he says the program has been transformative. “It’s a reminder that you never stop learning,” Gray said. “You never know as much as you think you know.”

The duo usually performs 300 shows a year at schools, so the challenge was finding a way to reach more audiences. ScaleUP! helped them plan a launch this fall of a licensed online video platform and mobile app. This will allow their performances to expand to schools across the country. They’re also developing a dance learning mat that promotes kinesthetic learning. Students will dance on the mat while looking at the entertainers performing on screen.

The programming is fast-paced and designed to engage students beyond a typical classroom lecture. Their five-week “Keep It Moving” interactive program offers creative physical and mental activities with lessons on healthy food choices, exercise, teamwork and positive social interaction. Rappin’ Roy and Reggie Regg are featured in each session. They also provide programming for what they call brain breaks, which could provide meaningful pauses for children during high-stakes academic testing.

Veteran teacher and H3 fan Cathy Christiansen emphasizes that it’s not easy for educators to find engaging music that sends a positive message for kids. She believes H3 is poised to connect well beyond Kansas City.

“The music beats would be universally liked,” said Christiansen, who is a kindergarten teacher at Butcher Greene Elementary School in the Grandview School District.

Listening to Their Customers

Customers and fans listen to musicians, but Gray said he learned that musicians, too, must listen to their audience. “One thing we had never done prior to ScaleUP! is interview our customer base,” he said.

ScaleUP! pushed Gray and Scott to take that simple step, and it helped them to think about their future differently. The entrepreneurs implemented a 30-day plan to reach out to customers to better shape their marketing plan moving forward. “We have learned the importance of thoroughly understanding our customers,” Gray said.

The ScaleUP! strategy paid off ultimately because they discovered the dance mat is a critical component to standing out in the marketplace. It’s their key marketing tool.

“We realized that our ‘Keep It Moving’ dance mat, which is currently under development, will not only be the main product to assist in scaling our company, but it sets us apart from our competition,” Gray said.

ScaleUP! also taught Gray how to view  their financial records with a long-term approach.

“What ScaleUP! has done is push us to start thinking bigger even though we’re not there yet. Start preparing for the future.
The different components, the different parts we need,” he said. “Right now we’re a very lean operation.”

ScaleUP! came at a critical time for the business. Gray and Scott had filmed a trial to be on Shark Tank. A producer told them it was among the most entertaining pieces they had filmed. But it never aired.

“If that episode would have aired, it would have been life-changing,” Gray said.

Instead it was crushing.

The entrepreneur resources have been essential.  Meeting program director Jill Meyer at ScaleUP! was a crucial relationship.

“Jill believed in us,” Gray said.

Meyer helped them discover that plans are not always going to go their way. It’s not unlike the message they share with school children.

“This is a place where you can come and not be judged and not be thrown under the bus,” Gray said.