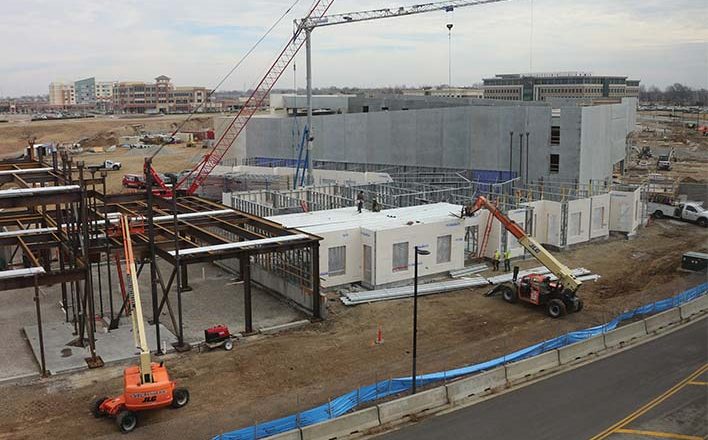 Keeping Small Business in the Mix of Development

Toward the end of last year, Next to Nature Farm found itself at a critical point in the business. 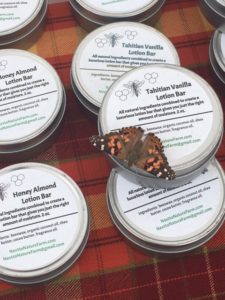 It incorporated in January of 2016, selling honey at farmers markets and holiday markets in its first two years. Late in 2016, it added natural beeswax skincare products to the lineup.

By 2017, sales had more than doubled year-over-year.

“It showed me there’s opportunity here,” owner Chad Gilliland said. “If I can double sales working part-time—working 45-55 hours a week at my day job, with three kids and a farm—what could I do with this as my sole focus?”

At 47, Gilliland pushed aside his fears that it was too late in life to start on a new path. He left his job of 18 years to pursue the business full-time.

“We were at kind of a jumping off point,” he said. “I recognized it got to a point where the small business needed my full attention.”

The Public Market offers carts and storefront space for small merchants. Next to Nature Farm did a trial run for three weeks with a cart, Gilliland said, and performed well enough for him to pull the trigger on a storefront lease there.

The market has free Wi-Fi and a handful of restaurants. Gilliland said it attracts a combination of workers on lunch breaks, moms toting young kids and seniors who come to hang out—overall, a solid base of foot traffic.

That’s the goal of Lenexa City Center and other burgeoning mixed-use developments: to provide residents an area where they can eat, shop and be entertained, and to provide customers to businesses located there. 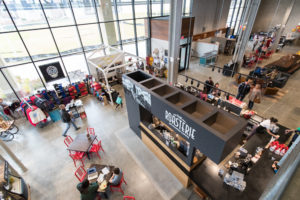 Lenexa City Center is among several developments in Johnson County that are providing new opportunities for residents to live, work and play. These developments also can boost small businesses.

In the case of Lenexa City Center, the 20-acre mixed-use development is growing up around a civic campus that includes the city hall, a rec center, a Park University campus and, in the future, a new library. It’s still being built out, but when complete, it will include variety of housing, shops, offices, restaurants, hotels and entertainment venues. The Public Market is on the lower level of Lenexa’s new city hall building near 87th
and Penrose streets.

“It’s kind of a deal where you can try it out and see if it works,” he said. “That’s exactly what that’s designed to do—kind of become almost an incubator for those types of businesses.”

City Center is expected to be fully built out by 2019, Schreck said. As new components come online, the area will reach critical mass. Building the residential density of the area is important to attract more retail, Schreck said.

The Public Market has only been open for a few months, but Gilliland said he can already see its potential. A farmers market is planned to
open this spring at City Center. That “will really start to draw in folks who want to shop local,” he said.

“We’ve found that, from a general economic development perspective, the big, giant users are few and far between,” Schreck said. “It’s a lot easier to do a 40,000-square-foot office building and fill it with several tenants that are 3,000, 4,000, 5,000 square feet. And that’s kind of the model they’re going to be using (at City Center). … There’s a lot of opportunity for office space for smaller companies.”

‘BEST OF ALL WORLDS’ 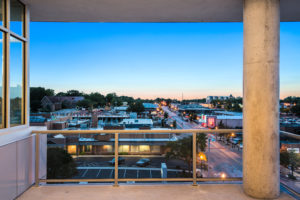 There’s been plenty of talk in development circles—and in the media—about how millennials want to live. But regardless of
age, people like what mixed-use developments offer, said Tracey Osborne, Overland Park Chamber of Commerce president.

“We all kind of want the same things—we love access to products and services, retail stores that are cool and fun, restaurants that are interesting and close to where we work. We want grocery stores that are close to us,” Osborne said. “All of these (developments) are offering all of these amenities that are kind of that live, work and play concept. …

“I think the appeal is they can get the best of all worlds. What we hear from a lot of people is they love that energy that’s being generated.”

Osborne pointed to downtown Overland Park as another area that’s seeing the same type of growth as a walkable, mixed-use center.

The downtown was renovated in the 1990s but is getting renewed interest. By the end of 2018, four new mixed-use projects will have been completed, bringing online more than 500 apartments and thousands of square feet of commercial space. Two more development projects have been proposed.

More and more businesses are coming in, as well. Again, it’s not just retail businesses that are attracted to such developments. Small business Design Haus, a branding-focused creative studio, announced in January it had signed a lease on Santa Fe Street.

“Now you’ve got this additional life that’s happening because more and more people are choosing to live there—because they can. Previously, the housing stock wasn’t there,” Osborne said. “So now, you’ve got all this investment in the multi-use, and more and more people are investing in some of the homes around there. It’s creating this rebirth of that area that’s just so exciting.

“There’s going to be a lot of activity with our giant scissors, and we’re thrilled about it because it creates some new attention for the downtown that’s really well-deserved.”

Another “underlooked” development that is spurring economic growth in Johnson County is the Johnson Drive corridor in Mission, according to David Warm, executive director of the Mid-America Regional Council. Like downtown Overland Park, its development has been more organic but was boosted by a streetscaping project in 2015.

“It has retained its vibrancy since they did the streetscaping improvement. I think it has a very bright future,” he said. “Housing in that area is more modest, but it’s very well-maintained and meets a market demand that I think is really an exceptional location for small businesses, especially since the rent point is lower for newer businesses or independent businesses.”

‘THE POWER OF THE PLAN’

Warm said the popular mixed-use developments are oriented toward the future of the market in housing, travel and retail. These areas mimic urban centers, where people can walk to restaurants or entertainment venues—maybe even to work. The density of both people and things to do is the key to the success of these developments. 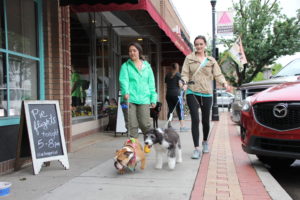 “The scale of them is important enough to create a center of activity,” Warm said. “Small businesses thrive when they aren’t by themselves. They thrive when they are in parts of districts or parts of centers where people can go and meet a variety of needs. (These developments) are at a scale that they’re creating an opportunity for a multiplicity of businesses to thrive.”

Of course, these developments aren’t created just to benefit small businesses. There’s a cost savings to dense and infill development, Warm said. The projects are a more efficient use of land than sprawling subdivisions and shopping centers; plus, Warm said, they are easier for cities to finance in terms of sewers and infrastructure, and they’re profitable for developers.

“They demonstrate the power of strategic public plans to create a clear and coherent framework for private investment,” he said.

“None of those developments have occurred overnight, nor will they be completed overnight. But there is a clear, coherent, publicly supported strategy for moving a place in a direction that has created a reliable, consistent canvas for private investment. The power of the plan is really important.”