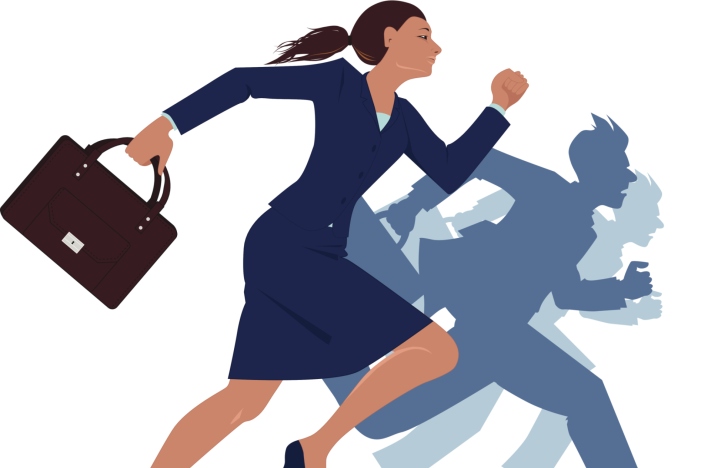 Knock Down Barriers for Women Entrepreneurs

From Yahoo’s Marissa Mayer to Ursula Burns at Xerox, women capture a growing number of top spots at leading corporations. Compared to the 1960s, when women were barred from certain jobs, we have made great strides in earning management positions at various levels. But despite the gains over the last 50 years, women still account for only 24 of the Fortune 500’s chief executive officer positions.

There also continues to be a divide when it comes to pay equity and the earnings of women in the workplace. When Mary Barra took over at GM, many suggested her salary was much lower than her counterparts at other leading companies. And many may recall that President Obama’s first bill signed into law was the Lilly Ledbetter Act, a measure designed to close the gap in earnings between men and women. Yet despite these gains, it is estimated that women still earn just 77 cents on the dollar compared to men.

Just as women face challenges at leading companies, the situation is strikingly similar among the small business community. Again, women are a growing group among the self-employed, but encounter challenges in opening and growing their own small business.

In fact, according to a recent report by the U.S. Senate Committee on Small Business and Entrepreneurship, “women-owned businesses are a $3 trillion economic force and support 23 million jobs, but still face significant barriers compared to their male-owned counterparts when it comes to obtaining loans and growing their businesses.”

From finding access to capital and securing contracts to simply getting sound advice, these barriers prevent women small business owners from starting, growing and saving.  Everyone knows that, without startup funds or the ability to get extra help with a loan, a small business owner risks failure.

Action and Support for Women

That is why countless women have applauded Sen. Maria Cantwell (D-WA) and her Senate Small Business Committee counterparts for recently introducing the Women’s Small Business Ownership Act of 2014.  This legislation seeks to close the gender gap by “improving access to lending and increasing business counseling and training services for women entrepreneurs, and giving women-owned businesses the same level of access to federal contracts as other disadvantaged groups.”

It’s seems somewhat archaic that women still face hurdles given the great successes we have made so far. But, with the appointment of Maria Contreras-Sweet as the Small Business Administrator and the introduction of recent legislation proposing further leveling of the playing field, it is our hope that more women in Kansas, Missouri and across the nation will be given access to the tools and resources necessary to succeed.