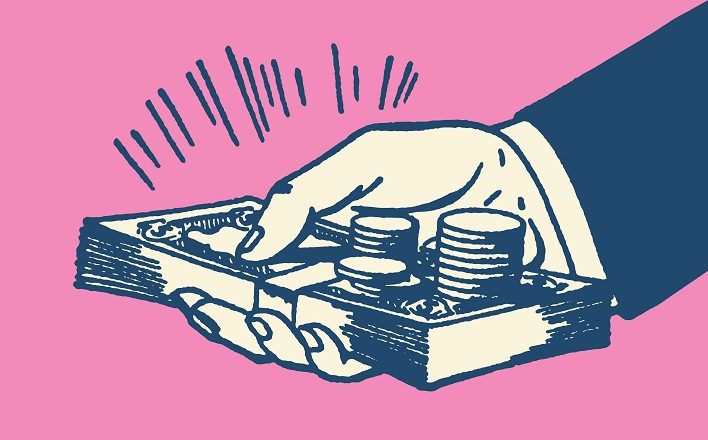 No, you’re not imagining things. The government really would like U.S. employers to pay their workers more.

The past year has seen a series of actions that could require many companies to increase spending on labor costs.

And there’s been a surge of activity at the state and municipal level to raise wages. The Missouri General Assembly passed a law preventing cities and counties from instituting a minimum wage higher than the state’s—derailing Kansas City’s plan to lift its hourly minimum to $13 by 2020—but 10 other states raised wages last year. (Voters in four states agreed to higher minimums via ballot measures.)

Supporters of these and other proposals want to improve life for employees, many of whom have to work harder to make ends meet. The Economic Policy Institute, a think tank that supports higher wages, notes that U.S. net productivity rose by 72.2 percent between 1973 and 2014, while workers’ average pay has grown by less than 10 percent, adjusting for inflation.

But experts warn that how these policies are being introduced could have unintended consequences for the nation’s small entrepreneurs.

It’s not a coincidence that most of these changes have originated from the executive branch. The White House has had little to no success moving its policies through a sharply divided Congress, so President Obama is relying more on executive orders and rule changes to get things done.

The executive order on paid sick leave is very similar to the president’s lost-in-limbo Healthy Families Act, which would require most employers with 15 or more workers, including private-sector businesses, to offer one hour of paid leave per 30 hours worked. GovTrack.us gives the act a 0 percent chance of being enacted.

“So now with the deadline sort of looming with January 2017, they realize they need to move on their own to enact some of these things,” said Dan Bosch, senior manager of regulatory policy at the National Federation of Independent Business.

The changes, however well-intentioned, can have a disproportionate effect on smaller businesses, which often face a higher cost-per-employee to implement many of these policies.

For small companies, operating with fewer resources than bigger competitors, it can be “death by a thousand cuts,” Bosch said.

As an example, let’s look at the overtime rule. According to a study released this summer by the National Retail Federation, restaurants and retailers will have to spend about $745 million strictly on payroll systems and other administrative costs, not counting any increases in pay itself.

About 21 percent of the 2.2 million affected workers would see, on average, an extra $11,600 in overtime pay—real money for working families.
The NRF, however, argued that employers would respond by shrinking base wages, cutting workers’ hours and reducing how much they spend on benefits and bonuses.

Opponents also note the one-size-fits-all nature of many regulations.

“This rule does not recognize the geographic diversity of the American economy,” U.S. Rep. Cresent Hardy, who chairs the House Small Business Subcommittee on Oversight, Investigations and Regulations, said in a recent hearing on the overtime change.

“It will particularly hurt rural small businesses that are still recovering from the Great Recession. Simply put, a $50,440-per-year salary threshold might be fine for an employer in San Francisco or midtown Manhattan, not so much in Ely, Nevada.”

HOW YOU SHOULD RESPOND

So, what should small-business owners do about these new rules on employee pay and benefits? First, see how any proposed regulations would impact your company as currently operated,so you have as much time as possible to adapt.

The proposed overtime change should be at the top of your to-review list.

“It’s almost a guarantee that the Department of Labor is going to go forward with this proposed rule,” said attorney Jim Holland, regional managing partner at the Fisher & Phillips law firm’s Kansas City office. There’s a good chance that the change will take effect in early 2016, he said.

Employers should review their workforce to see if any currently exempt employee would be affected by the changed standard. Your workers might already earn more than the proposed limit. (And because overtime eligibility is also determined by the exact nature of an employee’s duties, certain employees still might not be eligible.)

Companies basically have two options for previously exempt employees whose salary would be less than the new $970-per-week standard: raise those workers’ pay so that they now make more than $970 per week and remain exempt, or treat them as nonexempt going forward—that is, track their hours and pay them overtime.

Treating a formerly exempt employee as nonexempt can lead to morale issues, Holland said. Some companies provide better benefits to exempt staff, and exempt employees often find it easier to take time off than hourly workers do.

And this review is something that employers will need to keep in mind going forward. As the salary requirement rises over the years, it could push an employee from exempt status to nonexempt status.

“You might have somebody who’s OK now, but in a year or two, they might not be OK,” Holland said.

While the overtime change and other regulations might be sure-things, what can you do to weigh in on future proposals?

The old standby of contacting your elected representatives is still a solid option—especially your state legislators, who are likely to handle taxes, minimum wage increases and other issues—but when it comes to rule changes enacted by federal agencies, it’s a good idea to file an official comment. (Visit www.regulations.gov, a federal website where you can easily enter a comment online.)

Tell the government if a new rule will damage your operations or prevent you from growing, Bosch said. Even if you don’t change anyone’s mind
right now, your story could still be useful.

“It’s helpful,” Bosch said. “If you eventually need to challenge these rules in court, then there is a solid base of evidence in the rule-making docket that the agency should have been aware of the impact.”

THE FIGHT OVER MO’S MINIMUM WAGE

If you’ve had a hard time following the back-and-forth over the minimum wage in Kansas City, Mo., nobody would blame you. There have been more than a few plot twists over the last several months.

The Kansas City Council passed a measure in July that would have raised the hourly minimum to $13 by 2020.

In September, though, Missouri legislators overrode Gov. Jay Nixon’s veto of a bill that will prevent local governments from requiring employers to pay a minimum higher than the state’s. (Which is currently $7.65.)

As a result, Kansas City voted in October to repeal its wage increase—and approved a resolution encouraging the legislature to raise the statewide minimum.

The story might not be over yet. St. Louis, which wants to raise its minimum to $11 by 2018, is challenging the statewide minimum-wage cap in court. A circuit court knocked down the city’s intitial challenge, but Mayor Francis Slay is promising appeals.

Meanwhile, Missouri Jobs With Justice is circulating petitions to get a minimum-wage increase on the 2016 statewide ballot. There are different varieties of plans. One would raise the wage to $11 by 2019, while another calls for $14 hourly by 2022.