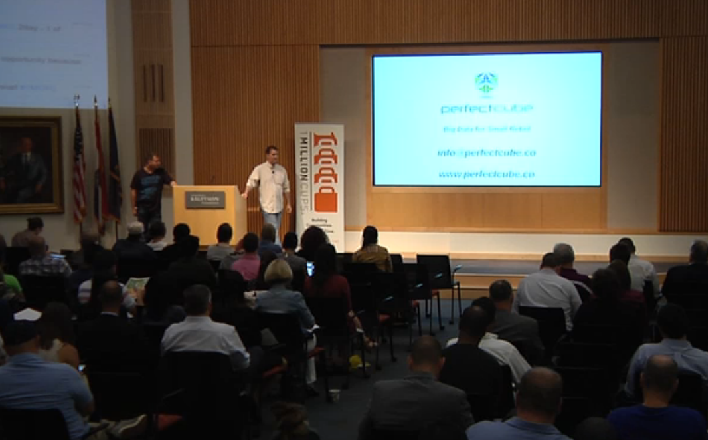 PerfectCube isn’t the first company that Mark Calhoun and Jim Starcev have created. They were the team behind Etelligent Consulting, which offered back-office consulting services to investment advisers. Etelligent was sold to Charles Schwab in 2007.

After Etelligent, Starcev and Calhoun decided to get into a completely different industry: They opened a gelato shop. As data guys, though, they were frustrated that they couldn’t easily get business analytics for their shop.

So they decided to create PerfectCube, which is slated to launch with paying customers in the fourth quarter of this year. (In fact, they’re looking for preview customers, if you’re interested.) The company’s ideal clients will be small, independent shops or smaller chains.

Customers will pay $40 to $50 per month for a service that will not only track metrics like average daily transactions and year-to-date sales, it will provide predictions about the company’s performance going forward.

That kind of data can help small retailers boost sales and lower the costs of labor and production. A coffee shop, for example, could probably save about $4,000 per year by using PerfectCube.

Calhoun and Starcev think that PerfectCube could eventually hit $10 million in revenue over the next three years. Ideally, they could position the startup for sale to a larger company like Square.

The company was recently accepted into Digital Sandbox KC, as part of a partnership that will get more Olathe-based startups access to Sandbox help.