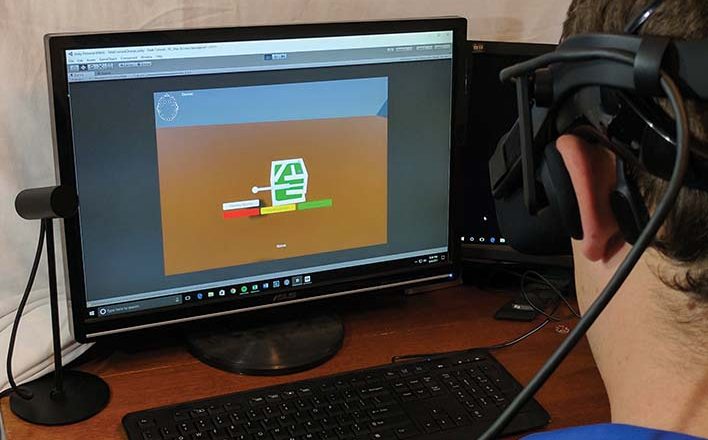 What They Do // Telek develops virtual reality games that are played with brain waves to help elderly patients maintain neurological health. Studies show puzzles and games can help many patients with Alzheimer’s disease and other neurological disorders, but some people are unable to manipulate the physical games. Telek uses an EEG (electroencephalogram) to measure brain waves to drive the game so these patients can participate in a virtual reality setting.

Telek aims its services at hospitals, retirement homes and rehabilitation centers. The company provides the hardware and software and also works with patients. Telek developer Ted Arehart plans to have the program operable by this fall.

The Inspiration // Arehart said he had always been interested in stories about telekinesis, the belief that the mind can move objects. “I started the company because I had been interested in virtual reality and brain-computer interfaces (BCIs) since college,“ Arehart said. He used an oculus rift, which is a virtual reality headset, to experiment with EEGs. He wrote code and combined the headset with a consumer-grade EEG for a first test.

Where you can purchase // www.telekvirtualreality.com