Sales Answer Man Question of the Month (May 2020)

Q: “We sell our services to many companies with multiple decision-makers; co-owners, partners, etc. Sometimes they have differing needs. Should we approach these prospects differently than single decision-makers?” — Paul Weber, President, EAG Advertising

Congratulations on selling to larger, more complicated clients – you are working the mature market segment! At Sandler we talk about the “stairway to success.” Step one of the stairway might be an owner who has one employee and can make the decision without anyone else being impacted.

Step four might be an owner with 10 to 20 employees and at least one manager in place. Step eight might be an international company with multiple locations, an executive team, a board and committees. What you described above sounds to me like a step six or higher.

The key is to find out who has the authority to say yes. While we want to focus on the decision maker, we also want to cater to the other influencers in the decision process. They are also sometimes called “stakeholders.”

Keep in mind, the person who can say “yes” can also delegate the decision making to someone else if they choose. I once was calling on a mortgage company and met with the president of the company. Midway through our sales process, he hired a new general manager. While I had a good relationship with the president, he wanted to empower his new general manager and allow him to make the decision. Which he did – with someone else.

Another thought to consider is how “influential” is the influencer internally to the decision-maker. Occasionally, the decision-maker will not risk having a disgruntled employee (influencer) over certain decisions. In other words, “it’s just not worth it.” We don’t want to underestimate the power of certain influencers within an organization.

The reason sales professionals garner more profit on larger deals is because it’s:

To play in this area, we need to find out what is personally at stake for each of the stakeholders. This is where we stop talking about what the company gets – and start talking about what each individual (stakeholder) gets by adding or replacing someone with your product/service.

The person who can say “yes” can and will trump the others if they so choose. However, don’t underestimate how an unhappy employee or employees can offset the alleviating of the personal pain of the decision maker. Often, the “squeaky wheel DOES get the oil.”

As the sales professional in the complex sales environment, you want to coach and rehearse with the decision maker how they will handle any objections from their team or other department heads. Being a trusted advisor to your prospect or client — and preparing them for what lies ahead — are why you get paid the big bucks. 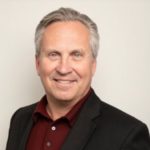 Dan is President of Sandler Training – a sales and professional development firm.

He works with CEOs, Presidents, business owners who sell, and peak performers who are tired of walking by their salespeople’s office to see them on their computer instead of on their phone and sick of having a superior product and losing out on price.

You can reach Dan at: