The SMB Guide to Creating a Cloud Migration Plan

More than a decade after the term “cloud computing” entered the popular business vernacular, the technology has finally emerged as the transformative force it promised to be.

Today, 90 percent of SMBs use cloud computing in some capacity, and nearly half of SMBs worldwide spend at least $130,000 annually on cloud-related expenditures.

While the cost of public cloud usage may seem high, the savings accrue over the long term. In fact, 61 percent of IT leaders name long-term cost-cutting as the primary reason for adoption.

Transitioning to the cloud allows companies to avoid big capital expenses every three to four years.

Instead of refreshing server hardware and related licensing – usually a five- or six-figure capital expense – on an ad-hoc basis, businesses can convert spend to a per user, per month amount that’s fully tax-deductible each year as an operating expense.

Shifting from a CapEx model to an OpEx model makes budgeting easier, and typically guarantees that companies have access to the most recent version of whatever software they’re using.

For instance, a company running email in house would have to pay to update its email platform to get the latest version, whereas when email is moved to the cloud, a cloud provider keeps that software up to date and the associated monthly fee generally stays the same.

This means accounting departments don’t have to worry about incremental costs associated with licensing updates, making it easier to predict future cash flow.

Cloud adoption also eliminates the compatibility issues that pop up when a company takes a piecemeal approach to software integration.

When everybody on the team gets upgraded at the same time, key business processes continue uninterrupted, and it’s easier to stay in sync with customers and vendors.

Of course, cloud adoption is a migration process – a potentially complex one. To ensure a smooth transition and position your business to get the most out of cloud usage for years to come, you’re going to need a plan.

Every business is unique in term of managed IT support services needs, and different companies have different requirements that affect transition costs and timelines.

In general, there are three critical steps you should take as you create your migration plan:

Think of this like moving your home. If you only move once every 10 years, you are probably not an expert. You could do it yourself and rent a truck and get your friends together but hiring a qualified moving company, someone with checklists and proven procedures (and insurance!) will make the move easier and less stressful.

Moving your business to the cloud has a lot of parallels and a bit more complexity. Find a qualified guide. Someone who has done this before who has created checklists and procedures and yes, someone who has insurance! A professional organization will be able to assist you with your move to the cloud, removing stress and creating a plan that fits your business.

A cloud migration involves critical business information that you can’t afford to lose, which is the top concern for 65 percent of leaders considering adoption. Any time you’re moving data from point A to point B, data can get lost or corrupted. If something goes wrong, restoring from backup is much easier than trying to recreate.

Research shows that 60 percent of small businesses ultimately shut down within six months of a major data loss. So, don’t take chances: Back it up before you begin any transition.

The volume of data being moved, the number of users, and the complexity of the systems being migrated all factor into the timeline for your transition. Plan for the unknowns by adding extra time.

When reflecting on the process, 50 percent of cloud adopters say they would have given themselves more time to migrate. You might do one system at a time, starting with email, then salesforce tools, and finally your operational software.

Typically, the transition occurs on an application-by-application basis. A partner with experience conducting migrations should be able to tell you with reasonable accuracy how long each phase will take, including staging, backups, and testing. Cloud adoption doesn’t happen overnight, and when planned properly and done in stages, it can be done efficiently and with minimal business interruptions. 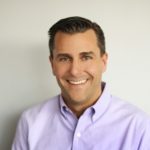 Jon Schram is a husband, father, and entrepreneur. He is the founder and CEO of The Purple Guys, a Midwest-based information technology support company.

The company has grown since 2001 to become the Midwest’s premier IT support company with more than a 96% customer satisfaction rating. Jon and his wife, Jill, have three children and have founded two businesses.

You can reach Jon at: