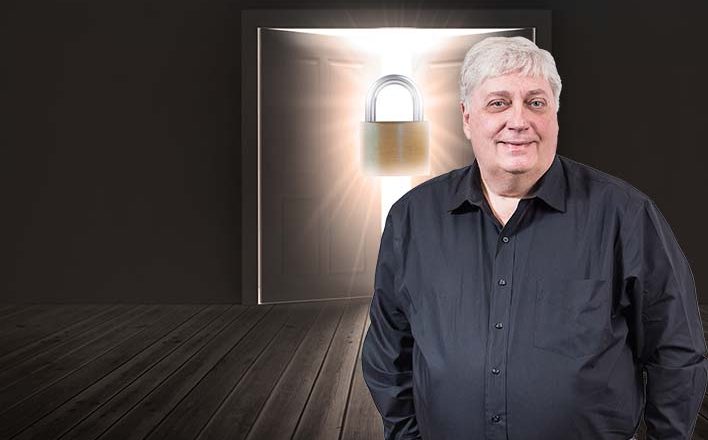 Tick Tock Escape Games: Search is over for focused approach

When Roger Wagy started Tick Tock Escape Games in 2016, he had the romantic notion that if he built it the customers would come. Simple as that.

Many customers did come to his escape room in Overland Park. They raved about the interactive technology that made it more than a series of locks.

Customers said the music and responsive technology made it stand out from competitors. But Wagy came back to the same challenge each year.

“Getting the word out has been a challenge,” he says.

The Kansas City market is thick with competitors. Wagy spent considerable money on advertising, but he couldn’t find the right mix.

“I felt like I was really wasting a lot of money on the wrong advertising,” he says.

He needed advice. That’s when he found ScaleUP! Kansas City.

ScaleUp! is a free program offered by the University of Missouri-Kansas City Innovation Center with support from the Ewing Marion Kauffman Foundation.

The program includes classes, peer mentoring, professional guidance and more. It’s open to small businesses like Tick Tock Escape Games that operate in a market capable of supporting more than $1 million in annual sales and that want to rapidly grow the business.

Wagy immediately took the advice of ScaleUP! experts to diversify his marketing strategy. He cut back on his current advertising and hired Novella Brandhouse, a business that also took the ScaleUP! course, to infuse innovative and creative solutions to his marketing and branding plan.

Wagy had wanted to hire a marketing company for a while but never made the jump.

“I just didn’t know who I could trust to go to that wouldn’t just take my money and not deliver,” he says. “I feel better about Novella since they have a contact with ScaleUP!”

He also purchased a software program to help Tick Tock employees track sales leads. It will help the staff know when a lead is hot, cold or where someone is in the sales funnel. It will remind Wagy when a business has its annual meeting and might need a reminder that Tick Tock Escape Rooms is an option.

ScaleUP! also spurred several new ideas for Tick Tock to reach new markets and use the resources Wagy already had at his fingertips. For years he’s collected email addresses but wasn’t sure how to properly utilize the tool.

“We haven’t really used it effectively,” he says. “We’re looking at overhauling that and trying to use it as a marketing tool.”

That tip came from a ScaleUP! presenter who talked about expanding his reach by creating an email newsletter. Wagy can use email to track who opens messages and when to help shape his marketing strategy.

“A lot of what we’re trying to do is reach out to corporate clients so that they will bring their teams in and do team-building activities. In order to reach out to them, it might be better to have a touch from a real person and market to them with phone calls or dropping by,” Wagy says.

Then other ScaleUP! experts showed him strategies for hiring the ideal person to fill that role.

It’s a big leap for Wagy’s business, which now has one full-time and 10 part-time employees. But the entrepreneur has already made plans for hiring the sales director this fall. He has no hesitation given the feedback from ScaleUP! cohorts and advisers.

“It’s helped enormously. Just seeing all the other success stories lets me know that I’m not alone and that other people have gone through this, and I can get through it,” he says. “I feel like we’re on the right track.”

ScaleUP! also shifted the entrepreneur’s mindset about his day-to-day responsibilities.

“Now I’m more focused on growing the business rather than operating and running the business,” he says. “That’s a huge mind-shift that I think will help it going forward.”

He’s handed off some game-master activities to a full-time employee.

ScaleUP! advisers forced him to focus on accounting and metrics in order to create a long-term plan. Wagy realized if he didn’t track month-to-month profits, he wouldn’t be growing effectively. They also caused Wagy to think about profits in a completely new light.

“I was managing based on the cash flow and not profits month-to-month,” he says.

By tracking profits closely, Wagy knows how to better target marketing and work to resolve challenges as they arise instead of waiting for year-end reports to tell him where the holes were at.

Wagy has taken on entrepreneurial ventures before, but ScaleUP! opened his eyes to a diverse array of resources including accounting, management and branding experts. But it also connected him to a community of fellow entrepreneurs who were generous with ideas and friendship.

“If I hadn’t discovered ScaleUP! I would still be just on my own and still doing it solo,” he says. “But now I have the wisdom of all these other advisers that can help going forward.”

Customers expect the changes to pay off, given that Tick Tock already provides excellent customer service.

Students at The Barstow School’s summer camp have used the business for years, and there’s a reason, said Max Williams, assistant director of Summer at Barstow.

“It’s not all about the money,” Williams says of Tick Tock. “It’s about getting you in here and making sure your kids have a good time.”

They work to make sure every child is challenged in the right way. Sometimes that means opening new rooms on the fly—without charging more—to make sure students have a great time.

“They really do a good job of acknowledging who they have in there in their building and the level of intelligence,” Williams says.