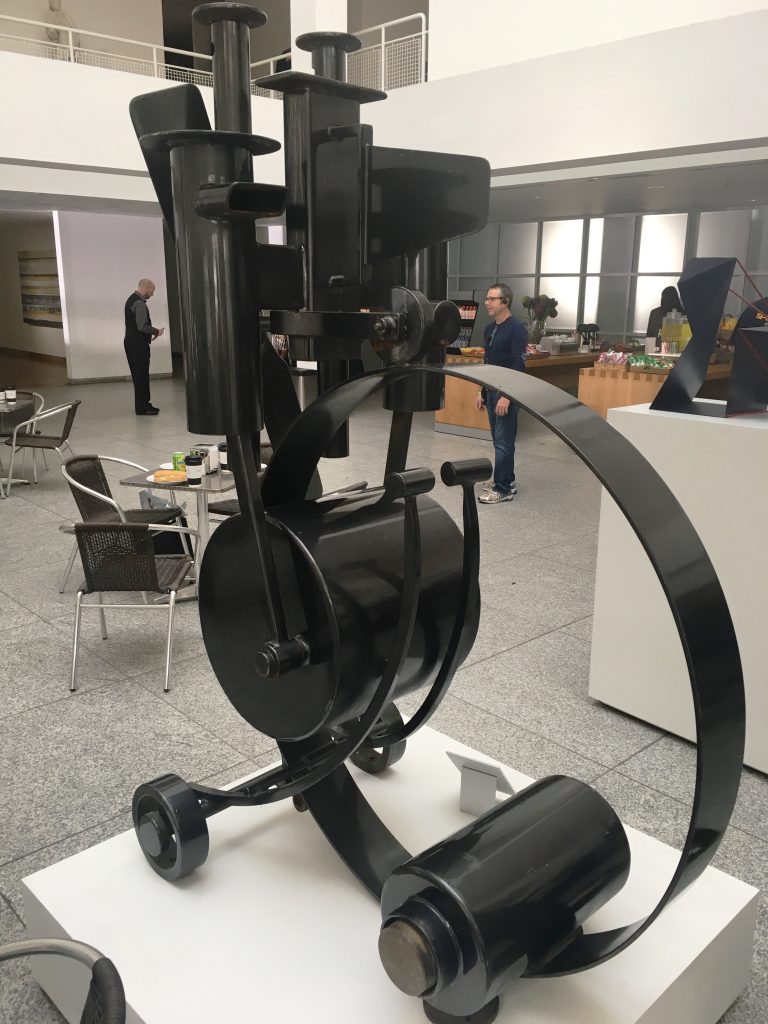 Both sculptures were on display in a scene filmed at the High Museum of Art in Atlanta.

The film contacted Dorrell with the request to incorporate the sculptures. Dorrell then contacted the clients, who agreed before negotiating the terms of the artwork’s lease.

Dorrell isn’t new to such requests.

“That’s the second time I’ve done that with Arlie’s work, by the way,” he said. Dorrell previously worked with another superhero movie, “Watchmen” in 2009, leasing two or three sculptures for the set of Dr. Manhattan’s home.

Regier’s work is known in Kansas City, where he spent the early part of his career before moving to New York to study under Richard Stankiewicz, and where he expanded his aesthetic in found object art.

“You’ll notice in that piece he calls a tricycle, there are lots of common manufactured objects in it, and he just built the sculpture utilizing different pieces that he found in scrap yards and applied a new finish to it,” said Dorrell, classifying Regier’s style from the ’60s and ’70s. “He eventually moved on to more stylized form of sculpting in stainless steel.”

Regier’s work has been on display at Leopold Gallery, H&R Block and the Museum of Fine Arts in Boston, according to Dorrell.

Despite the showcase of Regier’s work, Dorrell admits he has yet to see “Black Panther” — but he’s planning on it.