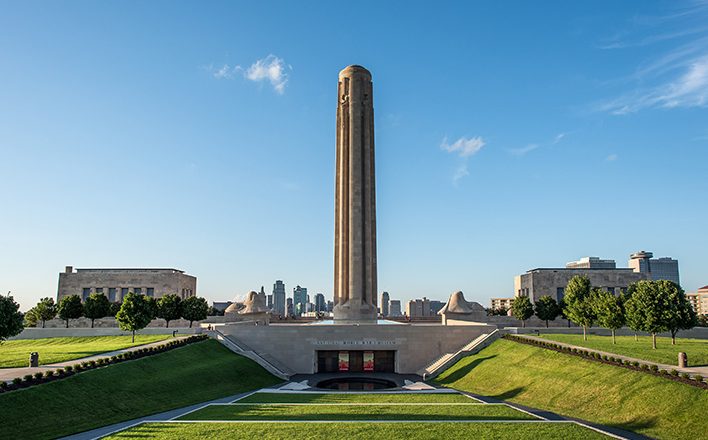 The Innovation in Preservation

By preserving its architectural past, the Kansas City region is also creating a brighter economic future.

Just consider downtown Kansas City, Missouri. Since 2003, more than $6.5 billion has been reinvested in its infrastructure and its buildings—including its older structures, many of which have been repurposed as in-demand apartments, thriving storefronts and office space.

As a result, downtown feels more alive than it has in decades.

“When you look at downtown Kansas City today versus 15 years ago, everybody recognizes it feels like a very different place,” said Elizabeth Rosin, owner of Rosin Preservation, a consulting firm that specializes in historic preservation.

The redevelopment activity extends beyond downtown, as entrepreneurs have turned former school buildings into coworking spaces (including Plexpod’s Westport Commons project, one of the largest of its kind in the world) and apartments (such as Foutch Brothers’ work on the West-Switzer school buildings on the West Side).

A number of Kansas City’s suburbs are reinvesting in their older buildings, too. In Lee’s Summit, Overland Park, Blue Springs and even small towns in outstate Missouri and Kansas, property owners continue to find profitable new uses for older structures, Rosin said.

Nationally, the Federal Historic Tax Credit program—one of the biggest supports for historic restoration and redevelopment—has led to more than $120.8 billion in economic activity and helped create more than 2.4 million jobs since 1978, according to researchers at Rutgers University.

In Missouri, about $211 million in rehab work and 3,622 jobs were supported by the federal tax credit during FY 2015. As far as rehab costs go, that’s about even with Illinois and only $20 million behind California, both of which have much larger populations.

In Kansas during that fiscal year, there was $36.5 million in rehab work supported by the federal tax credit, along with 662 jobs.

WHAT SMALL BUSINESSES BRING TO THE TABLE

As so often happens, small businesses—including architects, developers, preservationists, contractors and others—have served a central role in the redevelopment of the United States’ older buildings.

The Urban Land Institute, one of the country’s leading voices in urban planning and development, highlighted smaller, more entrepreneurial developers in its most recent “Emerging Trends in Real Estate” report.

About 86.5 of all firms in the commercial property building industry have fewer than 20 employees. Among firms specializing in multifamily properties, small businesses make up 91 percent of that population.

“Bigger is not always better,” the report stated. “Nimbleness and local knowledge are not commodities, and several factors suggest that small and midsized developers have an increasingly significant role in the industry.”

You can see the benefits of small business expertise right here in Kansas City.

For example, Rosin and her team have helped developers secure historic tax credits that reduced the cost of refurbishing several older structures. With federal and state incentives, the discount can be as high as 45 percent, said Jay Tomlinson, principal and owner at Helix Architecture + Design.

And that’s good because these types of projects can be tricky.

“Around the year 2000, we redoubled our efforts to focus on the urban core and have done about 60 renovations or adaptive-reuse projects in the downtown and Crossroads neighborhoods,” Tomlinson said.

Helix has helped adapt older structures to new uses such as office, retail and dining. A prime example is Webster House, an 1885 school that now offers shopping and dining. Multifamily is another popular use: Helix worked on Gold Crown Properties’ recently opened East 9 at Pickwick Plaza, an apartment building that will house a new City Gym location. (Ages ago, the Pickwick was a hotel and bus terminal.)

Redevelopment and adaptive-reuse projects are “never easy,” but the difficulty level varies from project to project, Tomlinson said. Part of the challenge is these buildings were constructed in a different era, and often for a different purpose. Engaging experienced professionals to evaluate the building and devise a plan for reuse is critical to the success of historic renovations.

“We’ve worked on buildings that were brought back from the jaws of death, to be a little dramatic,” Tomlinson said.

Sunflower Development Group has a little experience with seemingly doomed buildings, too. A few years ago, Jason Swords and his team took on the former Cosby Hotel, one of downtown’s oldest buildings. The structure, originally built in the 1880s, was bound for demolition until Sunflower intervened. The restored structure is now home to the Milwaukee Delicatessen Co., Sasha’s Baking Co. and office suites.

If it weren’t for the entrepreneurs who tackle these types of projects, Swords said, “you would see vacant blocks of downtown Kansas City right now.”

Redevelopers have taken buildings that were nearing the end of their economic life and made them productive again—potentially extending their usefulness for another 100 years, said Sean O’Byrne, vice president of business development at the Downtown Council.

One of the biggest trends in downtown has been the repurposing of older, Class C office space into residential property.

The Downtown Council has played a critical role in downtown’s resurgence. In 2003, for example, it created the Downtown Community Improvement District, whose teams of “ambassadors” give directions to visitors, pick up litter and generally make the area “safe, clean and green,” O’Byrne said.

Those services help reassure the average person that downtown is a good place to work, visit and live.

The Downtown CID and other investments are building off larger trends in where people choose to live. Nationally, Millennials and Baby Boomers have shown an increasing desire to live in downtown neighborhoods where they can easily walk to work, stores
and restaurants.

Having a residential base downtown creates demand for retail, restaurant and service businesses, O’Byrne said. When employers are deciding where to locate new offices, it helps to have a talent pool in the neighborhood, too.

While redevelopment is often praised for what it brings to a neighborhood, what it removes is almost just as important.

“Usually, these buildings are a main contributor to a blight situation in the neighborhood, so restoring these buildings is very advantageous for it, as well as the surrounding area,” said Steve Foutch, CEO of Foutch Brothers.

Rosin echoed that. “Rather than have this dead presence on your street,” she said, “all of a sudden you have a vital place again.”

Plus, in an era when sustainability is taking on increasing importance, redevelopment just makes sense.

“The greenest building you can work with,” Rosin said, “is the one that already exists.”

There’s been so much redevelopment in downtown that it’s fair to ask: Is the neighborhood running out of older buildings that need to be restored?

“There are fewer historic buildings to choose from,” Foutch said, “and historic credits and real estate tax abatement incentives are drying up, so the window is slowly closing.”

Foutch Brothers is diversifying into new construction and consulting work. Still, Foutch has some larger projects coming
up and should stay busy for the foreseeable future.

Sunflower’s Swords said that, yes, the supply is dwindling a bit. Even so, his company has one project underway now and two more set to start soon.

Of course, older buildings are still being “created.”

To earn a spot on the National Park Service’s register of historic places—one of the prerequisites to qualifying for preservation tax credits—a building must be at least 50 years old. Each year, more buildings age into that category, Helix’s Tomlinson said.

(Not that every single existing structure has to be preserved. “Because we shouldn’t,” Tomlinson said. “Paris didn’t get to look like Paris by keeping every building they ever had.” There has to be room for new construction, too.)

The last two years have been very busy for Rosin Preservation. Since it was founded, the firm has assisted clients not just in Missouri and Kansas, but in Tulsa, Little Rock, Indianapolis and other cities across the country.

It’s easy to understand why so many communities are devoting time and effort to holding onto their older structures. Sure, in many cases, there’s an economic opportunity. But these buildings, in addition to just being beautiful, are history made concrete.

Once they’re gone, something unique is lost.