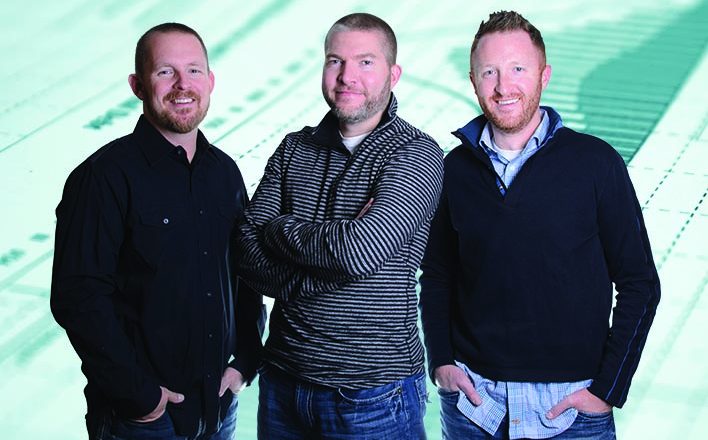 Want to get your 401(k) to bloom? Retirement planner Chris Costello wants to make it as easy as adding an extra “o.”

Costello, co-founder and CEO of the online 401(k) management company blooom, was already a successful entrepreneur with the Retirement Planning Group, his first enterprise aimed at older and wealthier individuals with at least
$1 million in retirement savings.

Then he saw the opportunity for a website that could provide younger folks with low-cost professional management of their 401(k) accounts.

“Because of blooom, the same advice that I would give to my clients who have $3 million can now be accessed and utilized by somebody who’s got $1,000 in their 401(k),” Costello said.

Costello and his blooom co-founders, COO Kevin Conard and CTO Randy AufDerHeide, have created a tool for 401(k) investors who may be confused or intimidated by the process.

“The average person feels worried about entering the right information and messing up their account,” Costello said. “So we’re not going to tell you how to do it. We’re going to do it for you. We’re going to log into the account for you, make recommended changes for you and monitor it for you.”

Blooom users see a photo of a flower on the website—the healthier the flower, the better their investments are doing. During blooom’s testing phase, Costello worked on his younger sister’s 401(k), whose flower was initially “wilted with a fly on it,” he said.

“I get in there, and she’s got 100 percent of her allocation in a money market fund,” Costello said. “She had literally made $15 in her account over the previous four years during a period when the market had basically doubled.”

And his sister is far from alone, Costello said.

“There are 88 million people in this country who have a 401(k), and probably 80 million of them are woefully mismanaging it,” he said. “I just got tired of seeing young people completely screwing up their future financial security in the way that they were investing their 401(k).”

“That really kind of jump-started us,” Costello said. “A lot of people read about us and signed up for blooom after that.”

At the end of 2014, blooom had more than 200 clients with about $29 million in managed portfolios. This year, Costello plans to rapidly scale the company through partnerships with employee health benefit providers that can make blooom’s service available to millions.

“That’s what wakes me up in the middle of the night with ideas and gets me excited—the thought of having the ability to help that many people.”