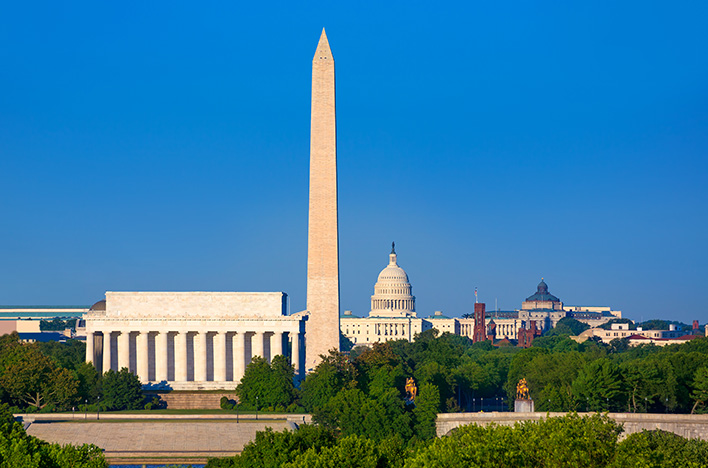 Donald Trump might just be the most unpredictable president we’ve every had. But here’s what the experts think we could see in small business policy.

As a rule, business owners don’t like being surprised, especially when it comes to government regulation and public policy.

So it should be interesting to see how the nation’s small businesses do under the most surprising, most unconventional president ever.

Backed by a GOP-led Congress, incoming President Donald Trump could have the power to make big moves on health care, taxes, workplace rules and other areas that are critical to small businesses.

Thinking Bigger Business spoke with the experts to see what kinds of issues are likely to emerge in the coming months. While there’s the opportunity for negative disruption, some of the shifts, if they happen, could be positive for small business owners.

“I think there is a perception—whether it’s reality or not—that there will be a more business-friendly environment in place after 2016,” said Daniel Kjergaard, lead managing director at CBIZ MHM in Kansas City.

Curious about what’s ahead? Here’s some of what we could see.

There’s a good chance that U.S. corporate income tax rates—among the highest in the world—will be cut during the first half of 2017, according to Dan Heckman, a Kansas City-based national investment consultant with U.S. Bank.

Some officials have floated a top rate of 15 percent, but it’s unlikely to fall that far, Heckman said. A top rate of 20 to 25 percent is more likely, and that’s still substantially lower than where things stand now.

“It does give the business community a great deal of confidence, including people who may have been holding back on expanding their business,” Heckman said.

CBIZ’s Kjergaard said these reductions might also be applied to LLCs and S-corporations that are popular with small businesses. It’s possible an additional tax on cash distributed from the business could be imposed, though, said Sarah Schiltz, a manager at accounting firm MarksNelson.

During the campaign, Trump argued for cuts in personal income tax rates, including shrinking the number of brackets.

Heckman doubts this type of reform will happen in the near term. And when it does, any reduction could come at the cost of deductions and exemptions. “You may not get as much relief on your absolute tax bill,” he said.

Kjergaard expects corporate, personal and Alternative Minimum Tax rates to go down, though, at this point, it appears unlikely there will be a reduction in taxes on capital gains.

Kjergaard thinks there’s a good chance there will be some form of “amnesty” that allows U.S. companies to repatriate money they made and hold overseas to the United States and be taxed at a much lower tax rate than what is currently in place.

“Trump’s going to have at least one vacancy to fill immediately,” said attorney Jim Holland, regional managing partner for Fisher Phillips’ Kansas City office. “Assuming he fills it with one of the people from the list he has already provided, that will restore the conservative control of the court.”

Looking ahead, Trump might have the opportunity to make more appointments during his first term. Three of the justices—Stephen Breyer, Ruth Bader Ginsburg and Anthony Kennedy—are all in their late 70s or early 80s.

“All three of those judges are liberals or moderates, so if one of them steps down, either voluntarily or for health reasons, it’s very likely that Trump would appoint another conservative to take their spot,” Holland said.

This matters because the thorniest legal issues for employers tend to end up before the Supreme Court.

For example, look at arbitration agreements, which are coming under increasing legal attack, Holland said. These agreements can help prevent class-action suits and require workers to go through arbitration instead of seeking relief in the courts first.

If or when the issue rises to the highest levels, a conservative-led Supreme Court would be more likely to back employers.

The Affordable Care Act is being considered for repeal. In fact, Senate Majority Leader Mitch McConnell said it would be Congress’ very first order of business. Some Republicans have suggested they might repeal the law, but leave it in place for the next three years, until a replacement law can be passed.

Many business owners won’t be sorry to see the ACA go, but the “dismount” could be dangerous.

America’s Health Insurance Plans, an industry group, said its members could pull out of the state insurance exchanges as soon as they can, if the federal government cuts off support for low-income customers who buy coverage through the exchanges.

Meanwhile, the American Hospital Association and the Federation of American Hospitals released a report showing
their members could take a hit of at least $165.8 billion if Congress repealed but failed to replace the health care law.

Trump has said he wants to preserve the popular parts of the Affordable Care Act, such as the rule that prevents insurers from denying coverage to customers with pre-existing conditions, or the ability of adult children to stay on their parents’ plans until turning 26.

Nobody has explained how those measures could be supported without the individual mandate, which requires most Americans to buy insurance or pay a fine.

And that’s not getting into possible reform or privatization of Medicare—a priority for House Speaker Paul Ryan, but something that Trump argued against during the campaign.

Fighting illegal immigration was one of Trump’s signature issues during the election.

Trump also ran on requiring employers to participate in the E-Verify system, which companies use to check a job applicant’s eligibility to work in the United States. “So that’s something we’ll probably end up seeing,” Holland said.

The White House could run into pushback from businesses specializing in technology, bioscience and other fields that rely on high-skilled immigration.

Advocates for entrepreneurship also argue it’s in the country’s long-term interest to make it easier for immigrants to start companies here. According to the National Foundation for American Policy, immigrants were founders or key members of half of the country’s billion-dollar startups.

“There’s a lot of uncertainty on immigration policy,” said Melissa Roberts, vice
president of communications and outreach for the Enterprise Center in Johnson County, “and that really impacts the entrepreneurial world.”

In August, in response to legislation passed by Congress, the Occupational Safety and Health Administration raised its maximum penalties for most violations from $7,000 to $12,471, an increase of 78 percent. The price for willful or repeated violations increased from $70,000 to $124,709.

Starting in 2017, OSHA also will require employers to submit electronic reports on worker injuries and illnesses, which will become part of a publicly searchable database.

Trump opposed both changes, Holland said, so it’s possible his administration would seek to reverse or delay them.

There’s also the chance that the National Labor Relations Board, which was more active under President Obama, could pull back. But the seats on the board are fixed, and the more liberal members won’t exit until 2018 or 2019, Holland said.

“Certainly, as people that represent employers, we are being cautiously optimistic,” he said. “If President Trump acts like Candidate Trump, then I think it will be a good day for employers over the next several years.”

WHAT TO EXPECT IN KANSAS

The Sunflower State’s continuing budget problems will take priority in the new legislative session. The state faces a budget shortfall of nearly $350 million for the current year, with a $600 million deficit forecast for the fiscal year beginning this summer.

There’s growing talk of modifying or killing the law that essentially eliminated state income tax for many small business owners with LLCs. Public support of a repeal is growing, and the election of more Democrats and moderate Republicans to the statehouse could make it more likely.

Resolving the state’s budget woes could free up money for programs that encourage startups and entrepreneurs, said Melissa Roberts, vice
president of communications and outreach for the Enterprise Center in Johnson County.

Case in point? Kansas has a lottery-funded Economic Development Initiatives Fund. It’s used for innovation support, rural economic development and other pro-business efforts. But right now, the bulk of its money is swept into the state’s general fund.

“Without that funding in the bank,” Roberts said, “you can’t even start the conversation around what other kind of support programs we could create or what kind of assistance we could provide.”

WHAT TO EXPECT IN MISSOURI

2017 might be the year that a right-to-work bill becomes law in Missouri.

Opponents say right-to-work could cripple labor unions and ultimately hurt the earning power of working-class families. Supporters argue
those fears are overblown. Unions that do a good job of training, supporting and serving their membership would still survive under right-to-
work, they say.

“The big advantage to right-to-work is really in our ability to advertise Missouri as a right-to-work state,” said Ray McCarty, president and CEO of Associated Industries of Missouri, a leading business organization.

Many manufacturers, he said, will only consider right-to-work states when they’re locating their plants.

AIM and other business groups also plan to campaign for tort reform this year. Right now, plaintiffs prefer to sue employers in Missouri’s state courts because, unlike at the federal level, there are no caps on punitive damages. Several cases have ended in million-dollar judgments against business owners.

Business leaders also want to change how workplace discrimination cases are tried. In Missouri state courts, plaintiffs need to prove that employers knew the employee was a member of a protected class and that fact was a “contributing” factor toward dismissal. The federal courts use a harder-to-meet standard; plaintiffs must prove discrimination was the “motivating” factor.

“In state court,” McCarty said, “the standard of proof is so low.”