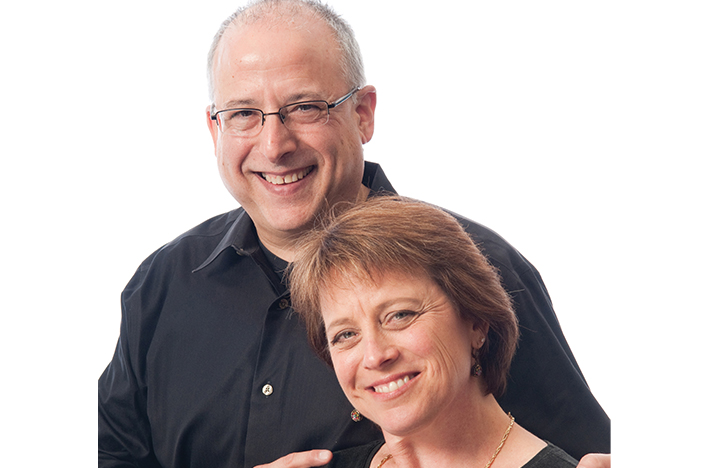 They can still recite their resumes from back in the day, but it’s been a lifetime since Eric and Shanny Morgenstern weren’t spouses, parents and business partners all rolled into one.

For almost 40 years, they have been the driving magic behind Morningstar Communications.

Today, as the two have transitioned the business yet again to meet both their needs and those of their customers, they are also taking time to branch out, to reflect on their accomplishments and to plan.

The starting block for Morningstar began more than 20 years ago; both Morgensterns were working for others – Shanny as a consultant with a telephone company and Eric at Boasberg Valentine Radford.

This is usually the part of the story where someone throws something or gets fed up and walks out an office slamming doors and yelling, “I quit.” Sorry to disappoint, but this story doesn’t go that way.

Eric and Shanny had been talking for quite a while about Eric opening his own firm. BVR was going through some transitions and Eric thought it better to leave of his own accord, rather than be forced out.

“In the agency industry, the more seniority you have, the more vulnerable your job is,” Shanny said. “The best way for us to control our future was to start and own our own business.”

Thanks to Eric’s longstanding good reputation in the community, they had clients immediately. But that doesn’t mean that things were perfect. For one, in addition to learning about running a business, the couple had to learn about working in the same space.

“The first lesson that we learned was that Eric and I couldn’t share a computer,” Shanny said.

Technical issues aside, they quickly worked out a system of 24/7 togetherness. Mixing family and business is difficult. Through the years, three “ground rules” emerged:

Morningstar grew quickly, but never too big. They company was in the inaugural Thinking Bigger Business 25 Under 25 class in 2002. By 2018, they had worked with more than 100 employees but at that time employed six. But sensing a shift in the marketplace, and in their lives as they are empty-nesters now, the Morgensterns decided to close the office and bring the business back home.

That’s not to say they are slowing down — quite the contrary. They are just building on their entrepreneurial passions in a different way. They are continuing to take their own advice to other entrepreneurs of paying it forward, taking the work and not themselves seriously, asking many questions and enhancing their reputation based on their actual work and not what they plan to do.

The business model for the company has evolved into what they call the Morningstar constellation, a collection of independent professionals they can bring into projects on an ad hoc basis. But, for the most part, the business is as it was when they started – Eric working face-to-face with clients and Shanny working with vendors and clients on the back end.

“Our clients keep returning because they get great value,” Eric said. “At least that’s what they tell me.”