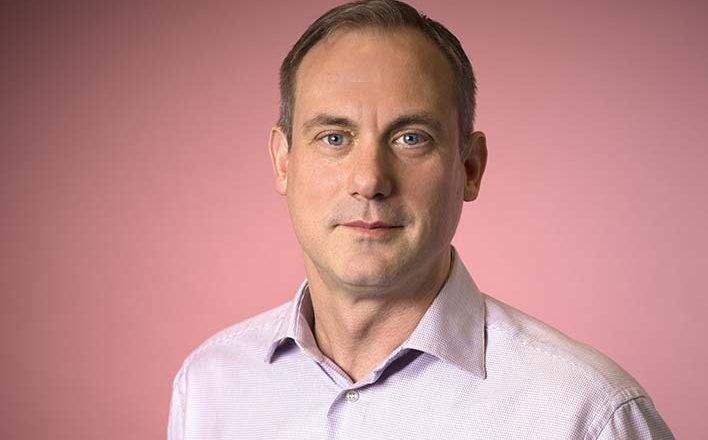 J Brown isn’t one for conformity.

When other engineers are questioning an architect’s sanity, Brown’s aesthetically programmed brain is already in overdrive.

“No, we can do that. We can make it work,” he says amid a chorus of “no” from other engineers.

It’s why Brown struck out on his own 10 years ago and opened Structural Modeling & Analysis LLC. The Kansas City engineering firm has quickly earned a reputation for taking on esoteric and quirky design projects.

Years later, business is booming, and Brown has learned a valuable lesson. While he’s an expert at creative structural engineering, Brown needed help managing the rigors of growing a small business. So when he heard about ScaleUP! Kansas City, Brown knew he had to apply.

The program is offered by the University of Missouri-Kansas City Innovation Center and the U.S. Small Business Administration. It’s open to entrepreneurs who have been in business at least two years, generate $150,000 to $500,000 in annual revenue and are in a market capable of supporting more than $1 million in sales.

The strategies provided by ScaleUP! experts have proven to be transformative for Brown.

Brown knew he couldn’t wait any longer to take the course. The growth at SMA was happening too fast.

NOT YOUR EVERYDAY ENGINEERS

The work at SMA is different from a typical small engineering firm’s.

“The buildings that we do tend to be really unusual buildings, even if it’s a house,” he said. “They tend to be statement pieces where the architect is trying to make an aesthetic statement instead of a McMansion.”

The specialized field means that Brown and his team travel extensively throughout the country and the world. One of their projects is in Indonesia.

One of their local showcase pieces is a home just south of the Country Club Plaza on 49th Terrace.

“It has a dramatic cantilever that looks out toward the Plaza,” he said. “It’s cantilevered 21 feet, which is—in structural engineering terms, on a project of that scale—that’s a huge, huge, huge cantilever.”

The firm often works on public art pieces including sculptures and other designs. The firm, made up of seven employees, uses 3-D laser scanning on projects. Part of SMA’s success is due to Brown embracing newer software and technologies while others were slower to adapt.

SMA also thrives on projects that many engineers see as a nightmare.

“I wanted to do aesthetically challenging stuff,” Brown said. “Structural engineers usually fight with their architectural clients and tell them no, no, make it a square.”

Brown has an art background that naturally draws him to the visually challenging engineering jobs. His resume includes work at small and large engineering firms such as Burns & McDonnell. In most places, he was the engineer siding with the architects asking for the impossible.

His work with other firms has been important to SMA’s growth. He has partnered with Kiewit and Burns & McDonnell on projects.

He’s also worked with the A. Zahner Co., a metal fabrication business that executes some of the most complex and architecturally stunning structures across the globe.

“They were having trouble finding engineers who could do what they needed,” Brown said.

A friend who works at Zahner called Brown and said: “You do all this crazy structural engineering. It seems like you could probably do this.”

They started to work together and have been one of the business’s top three engineering partners, said Robert Zahner, co-owner and senior vice president at Zahner.

It was a dream for Brown, who knew the firm from its previous work on Seattle’s Museum of Pop Culture and partnerships with legendary architect Frank Gehry.

Zahner praised Brown’s work and commitment. SMA comes through even when it means new engineering calculations are needed overnight.

“I’ve received calculations from them after midnight more than I have during the day,” said Zahner, who points out that they’re often reaching out to Brown from across the globe.

Brown also delivered for Zahner when working on a high-stress Australian project that demanded more stringent engineering standards than what U.S. firms are used to.

That type of work ethic and portfolio will be important as SMA grows.

It’s another reason why Brown turned to ScaleUP! Kansas City. Brown wanted to create a strong foundation, and ScaleUP! experts had an immediate impact at the firm.

Brown realized some projects were costing the firm money. By using some of the tools that ScaleUP! offered, Brown realized that he couldn’t keep taking on those projects.

And Brown was immediately intrigued when a ScaleUP! presenter explained why it was important to diagram and document all of a company’s processes and business practices. Writing down every step will help SMA operate smoothly as it grows and Brown is no longer making every decision.

ScaleUP! has helped Brown identify and resolve some of his company’s biggest challenges.

In one case, Brown knew he didn’t want to wait for the next staff meeting to share the new approach with his employees. He went back to the office that very day and gathered the SMA employees around the table.

One of their biggest challenges was getting construction drawings to clients. It started to happen as the company grew bigger, he said. But thanks to ScaleUP! SMA has a plan to spell out every expectation and responsibility from the moment they take on a job until the moment they receive a check.

‘I JUST HAD THIS EPIPHANY’

It wasn’t the only time Brown instantaneously implemented ScaleUP! strategies.

Brown walked out of a branding presentation and almost immediately narrowed down his firm’s scope of work.

“I just had this epiphany right then,” he said.

For years, Brown regularly expended time and energy taking any and every project, even though the company clearly specialized in a certain type of customer.

“It’s kind of like shooting mosquitoes with a machine gun,” he said of their old model.

Brown realized his folly when ScaleUP! explained the need to focus on what makes the firm stand out. Stop trying to be everything to everyone, ScaleUP! experts told him.

It wasn’t profitable to take on every square project being thrown SMA’s way, he said. Thanks to ScaleUP! Kansas City, Brown sat down and faced that truth.

“We now just accept that we’re going to do the nutty, wacky, aesthetic projects.”

Structural Modeling & Analysis LLC is an engineering firm that specializes in esoteric structural engineering and laser-scanning work throughout the world.

Are You Ready to ScaleUp?