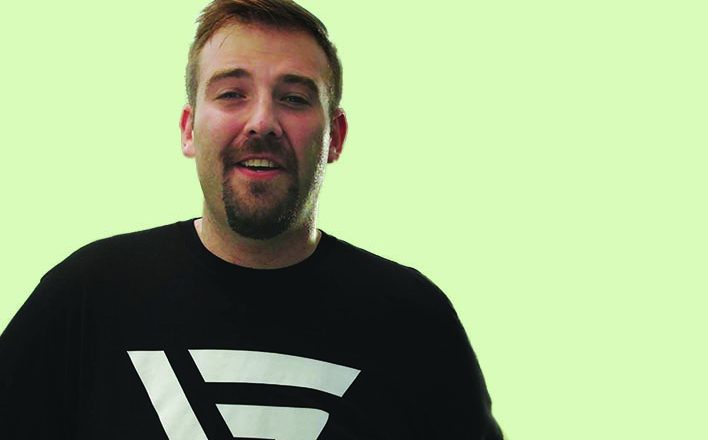 About 33 million people compete in fantasy-football leagues during each NFL season. And they put in long hours, said Ilya Tabakh, the founder and CEO of Edge Up Sports.

Avid fans can spend up to eight hours weekly gathering research from websites and other sources, plus time devoted to watching the games themselves. As fantasy team managers, they evaluate stats and make crucial lineup adjustments.

Such time-consuming research became a grind for Tabakh and others, so with Edge Up Sports, he decided to build a mobile platform that could provide useful information to fans quickly—and make fantasy football fun again.

Edge Up Sports’ platform accomplishes this feat by delivering refined insight along with smart analytics drawn from a vast pool of Big Data and media. Social interaction and “video smack-talking” with other competitors adds to the appeal.

This fall, Edge Up Sports used Kickstarter to generate more than $53,000 in seed money from nearly 1,300 backers, surpassing its goal of $35,000. The Kickstarter backers also have become Edge Up’s founding users.

Tabakh and his team are still tweaking the subscription pricing model, but offer two tiers for standard and “cognitive” users.

“The basic tier provides statistics and information on players, matchups and weather,” Tabakh said. “The advanced tier provides additional features. We gather and distill data, and present it in a visually rich format. It’s a holistic experience built around fantasy football life.”

Advanced features include a rich trove of mental, physical and situational insights about NFL players on and off the field. These factors include a player’s Twitter activity, injury history and performance on grass or turf. Media coverage and trend lines on coaches, sports analysts and leading football writers are also evaluated for positive, negative and balanced coverage.

IBM’s Watson, a cognitive computing system, is a key component of Edge Up’s app. The platform taps Watson’s capabilities to efficiently gather, sift and present relevant data from an ever-growing volume of current and historical information.

Tabakh described the app’s core user as a casual fantasy football player who is “younger and tech-forward.”

“They are early adopters, the Kickstarter crowd, who are vocal and direct,” Tabakh said. That audience is vital to ongoing development. “We can’t build an ultimate experience in a vacuum.”

Ultimately, the app can help “managers choose how they spend their time,” said Tabakh, especially for those fun-seeking smack-talkers that are less fanatical about intensive research. “It lowers the daunting nature of fantasy football.”