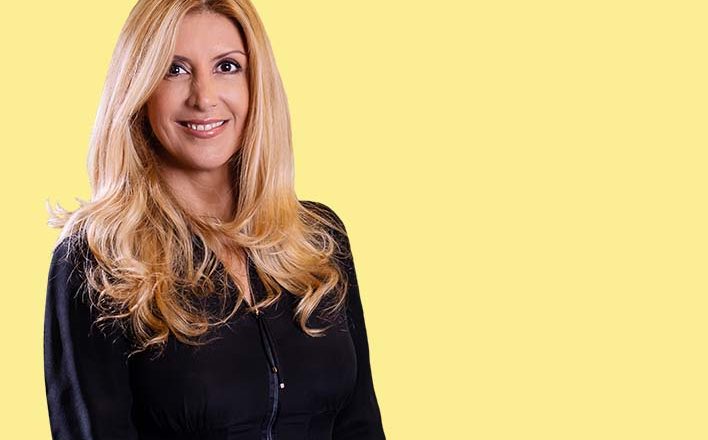 Jewelry entrepreneur Georgina Herrera is taking her business to a whole new level.

Georgina Herrera has achieved an uncommon degree of success in the decade since she launched her company, Mackech Jewelry LLC.

Herrera has introduced the popular Mackech jewelry brand, which originated in Mexico, to consumers in the United States. In 2011, she became an official supplier to Sam’s Club stores across the country, leading to strong sales for her business.

Mackech Jewelry LLC grew so fast that Herrera realized she needed an adviser to guide her growth.

Fortunately, earlier this year, Herrera received an email from ScaleUP! Kansas City. Herrera was one of the entrepreneurs who landed a coveted spot in the program, which is offered by the University of Missouri-Kansas City Innovation Center and the U.S. Small Business Administration.

It’s open to entrepreneurs who have been in business at least two years, generate $150,000 to $500,000 in annual revenue and are in a market capable of supporting more than $1 million in sales. The program offers free training, coaching and peer-to-peer roundtables.

“Life is amazing,” Herrera said. “I have the opportunity to build my business stronger and correct everything I was doing wrong.”

How ScaleUP! Helped Her

Herrera, who is originally from Mexico, started Mackech Jewelry LLC in Kansas City after her husband was transferred here as part of a job promotion.

Still, joining ScaleUP! led her to make several changes to position her company for long-term success.

For example, her ScaleUP! classmates and instructors urged her to broaden her reach. For years, Herrera had focused her business on her most important client.

“Then I realized that you never know how the market can change or the conditions for your clients can change,” Herrera said.

And so she has put even more energy into pursuing additional clients.

Fortunately, Herrera’s business has already received several fine-jewelry certifications and gone through vetting processes that normally delay newcomers to the high-end jewelry market. Having those in place has allowed Herrera to expand more efficiently than other competitors might.

That, combined with her experience and her strong designs, helped Herrera earn an invite to sell fine jewelry through Amazon, a company that also sets a high bar for fine jewelers, she said.

ScaleUP! helped her create a long-term business plan so she knows how to align daily decisions with those goals. It means regularly reviewing her financial statements to make adjustments.

Before ScaleUP! Kansas City, Herrera admits, she rarely viewed those reports until the end of the year when completing her taxes. She was more focused on design and products.

What’s Next for Herrera? 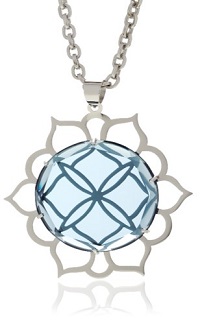 Herrera has also developed her own line of jewelry, named Georgina Herrera. If you’re attending Kansas City Fashion Week S/S this month, you can see the line in person.

Herrera hasn’t been afraid to try new things, but she always keeps her long-term goals in mind.

For example, in 2014, Herrera decided to promote her brand another way: She signed a one-year lease for a store in Park Place. It exposed more customers to the brand, but the storefront was never intended to be long term.

“It’s not my business,” she said. “My business is to be wholesale. But I needed to push my brand so people know it.”

Herrera quickly formed a relationship with high-end fashion retailer Feng, which was located nearby. She closed her store as expected. Feng now sells to her local customers.

Thanks to her time in ScaleUP! Kansas City, Herrera is optimistic about expanding her company’s reach even further.

“It has been amazing,” Herrera said. “I cannot tell you how happy I am.”