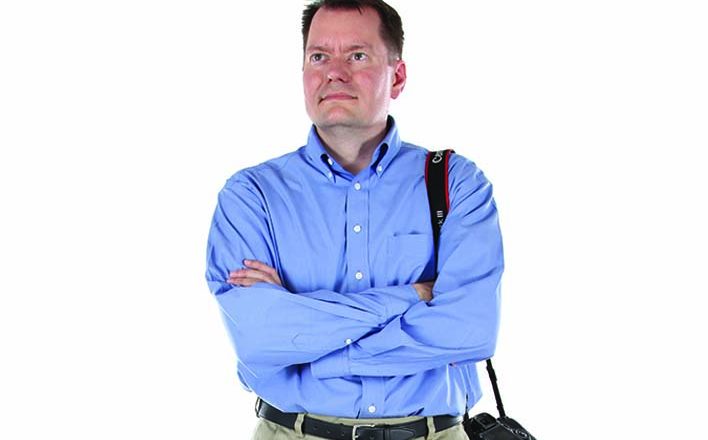 Want to own an itty-bitty version of a loved one?

Simply have them strike a pose at Lifeform Studio, where cutting-edge 3-D photography and printing services let people reproduce remarkably detailed versions of themselves, family members or pets at 3 to 15 inches tall.

The Lifeform process begins when a person’s 3-D photograph is taken in the studio by an array of 101 synchronized cameras. They capture a 360-degree image that is then sent to a large 3-D printer. Within a week of saying “cheese,” customers can pick up their very own miniature me.

“It’s a good combination of artistry and technology,” said Mason Menninger, who co-owns Lifeform Studio with his wife, Lisa. “I love all the creativity that it brings out in people.”

There hasn’t been anything too crazy so far, Menninger said, but people are definitely interested in props. And there have been some heartwarming surprises.

Lifeform is one of only a few such 3-D studios in the world, and it’s the latest chapter in Menninger’s longtime fascination with 3-D technology. As an electrical engineering student in the 1990s, he interned and later worked at NASA, where he was involved with virtual reality training for flight controllers on the Hubble Space Telescope repair mission.

Menninger’s passion for realistic 3-D later took him to companies that developed online automobile configurations for car shoppers and tools for battleship makers. But it wasn’t until his wife’s career as a clinical pathologist brought the couple to Kansas City that Menninger’s thoughts turned to 3-D entrepreneurship.

Menninger didn’t want to end up in a cubicle, working for someone else. “I thought, ‘OK, 3-D scanning—how can I turn that into a business opportunity?’” he said.

While researching online, Menninger came up with the idea of opening a 3-D studio that could give consumers more than an image of themselves and their loved ones, but a compelling facsimile that they could hold in their hands.

The 3-D figurines produced at Lifeform Studio feel like sandstone and are made to last. But Menninger can see a day when technology will permit them to be made of more durable plastic.

“Then we could possibly add articulations to the joints and make a little action figure,” he said. “If I were 12, I would love that.”