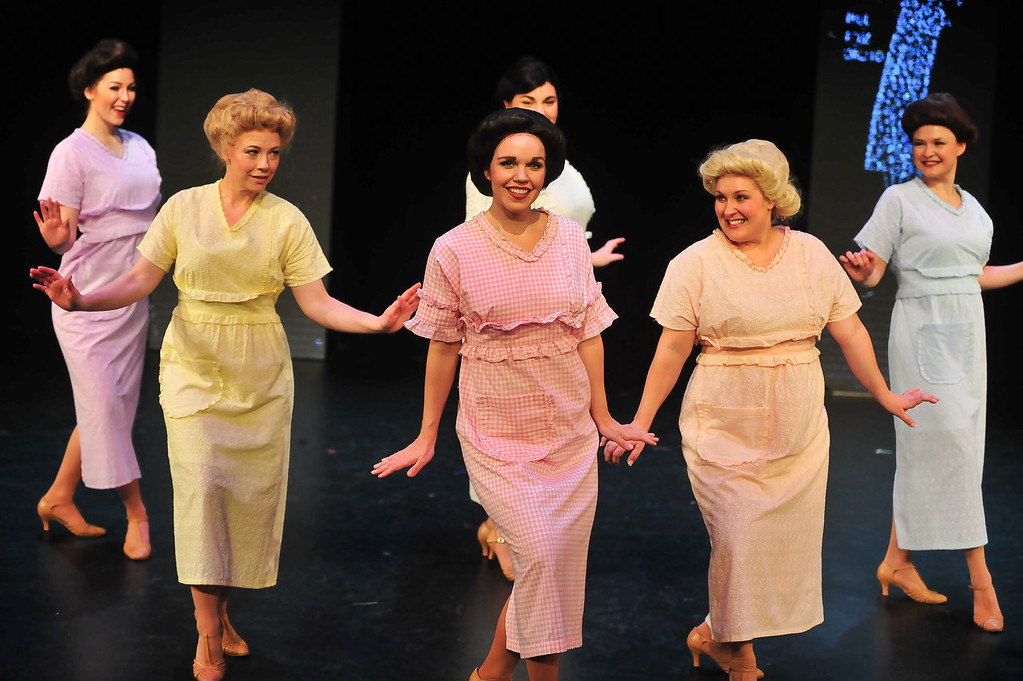 It isn’t every day that an attorney writes a full-production musical about Kansas City business history.

But that’s precisely the story of Terence O’Malley—owner of The O’Malley Law Firm and the creator and lyricist of the local production “Nelly Don: The Musical.”

The performance ran from March 14-31 at the Musical Theatre Heritage in Crown Center and sold out 13 of its 21 shows—making it the most popular box office hit in the history of the venue.

“It was a big roll of the dice for us to go ahead and commit the resources that we did to the play, but it got great response from the community.”

O’Malley’s connection to Nelly Don is a personal as well as a familial one—Nell Donnelly-Reed, the creator of the fashion brand, was his great-great aunt, and he knew her well when she was alive. (She lived to be 102.)

He initially released a documentary called “Nelly Don: A Stitch in Time” in 2006, which drew a spate of local attention and praise. The documentary ran for six months, which was the longest screen time for any local film that year.

“When I was making the documentary film, I would be up at 1 in the morning, hovering over 16-millimeter film footage, just thinking to myself, ‘What am I doing? Why am I obsessed about this?’” O’Malley recalled.

That passion drove O’Malley to publish a companion book to the documentary the same year. From there, having done the research, it only seemed natural to continue the Nelly Don story in other media.

“I was contemplating, how do I continue to share this story of Nelly Don with the rest of the world?” O’Malley said. “What is a medium that I feel can do so in an organic way? It occurred to me that a musical was something within reach.”

The process for writing “Nelly Don: The Musical” took five years, as O’Malley works full-time running his law firm, and his co-writer and composer, Daniel Doss, participates in national tours.

O’Malley had no previous screenwriting or lyrical experience, so he spent “many, many hours” poring over the play’s script, language, characterization and story flow.

For those unfamiliar with Nelly Don’s story, it’s ripe for a full-length musical.

Born in Parsons, Kan., in 1889, Nell Donnelly-Reed started out her business with just a few handmade dresses in 1916 but soon soared to the top of the national garment industry through her trademark fashion line, Nelly Don. The company sold high-quality, custom-made dresses to women of any age or size.

Donnelly-Reed initially ran the business alongside her husband Paul Donnelly, and the enterprise grew rapidly throughout the 1920s and 1930s. Her story features a few seat-gripping twists and turns, such as an affair with Sen. James Reed, a messy divorce and an abduction with ties to the mafia.

By the time Donnelly-Reed sold the company in the 1930s, her dresses were distributed in 2,500 stores across the country—making her, in several regards, an entrepreneurial woman ahead of her time.

O’Malley is an expert on Nelly Don history, so he was eager to speak about her impact on the Kansas City business community.

“She really was on the vanguard of entrepreneurialism—not only because of her understanding of a need in the market and how to fill that need through design and manufacturing, but also because she was a woman business owner in an era when women simply were not the CEOs of large companies,” O’Malley said.

“That was virtually unheard of. She crashed through glass ceilings and was recognized and respected nationally by men who dominated the garment industry. In that way, she really contributed to the cachet of Kansas City as a garment manufacturing entity.”

O’Malley said he thinks the Kansas City community has resonated so strongly with Donnelly-Reed’s story in part because of its universal appeal.

“Its universality is applicable toward many business opportunities that exist out there today, just in a different context and form,” he said.

“Nevertheless, it really comes down to people willing to take the risk for something that they truly believe in, not giving up in the face of rejection and persevering through difficult times. Just so long as you continue to believe in your dream.”

For now, O’Malley is taking it easy following an exhausting production schedule, one involving multiple musical numbers, players and costume-changes.

“We’re just exhaling right now, and we’re exploring our options,” he said. “There are no final decisions yet, but we’ll be working in the weeks and months ahead about options for expanding and reviving the show.”

As for plans to move “Nelly Don” to a national stage, O’Malley said he’s not overly interested in marketing to audiences outside of Kansas City—he’s content with the viewership he’s found at home.

“Everything I’ve done, I’ve done it for Kansas City,” he said. “I’m not really worried about markets beyond Kansas and Missouri—they’re large enough as they are.

“As long as the people here embrace the story and get happiness out of it, that’s enough of a reward for me. I’m not writing it for Broadway—I’m writing it for us, here in Kansas City.”