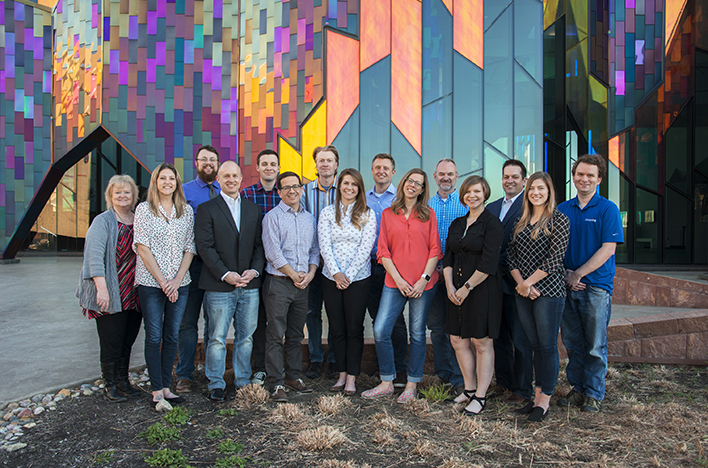 Tech platform Onspring is no stranger to the fast track.

The Overland Park company has doubled, even tripled, its revenue every year since its launch in 2012. Its staff included 15 at this point last year — now, it’s at 32 and still hiring.

“Our struggles are now less about how to land customers and revenue, and more about how to find employees,” co-founder and CTO Chad Kreimendahl said.

With national unemployment rates at a record low, Onspring faces the unique challenge of expanding more quickly than its staff hiring rate can accommodate.

Not that that’s necessarily a bad thing. The influx of new hires means Onspring can accordingly expand its skill sets into new markets, such as HR and IT Service Management. The company, currently located at Antioch and College Boulevard, plans to significantly expand its local office space this year.

Kreimendahl and his co-founder, CEO Chris Pantaenius, began the process of building Onspring’s platform in 2010, but the product itself didn’t launch until 2012.

The tech focuses on automating business processes in any realm. Although its generic applications can fit several business needs, Onspring markets most specifically toward audit, risk management and compliance purposes.

The platform, which can be used on any digital interface, automates multistep processes that most businesspeople would find painstaking — such as, say, audit paperwork.

“Our biggest function is shortening time on every single part of a process where we can,” Kreimendahl said. “We automatically generate reports and collect data, and we make those processes a lot faster and more consistent.”

Onspring also eliminates the need for IT involvement, Kreimendahl explained. Its “no-code,” cloud-based platform is customized for “citizen developers,” which means that no custom code or programming languages are required to operate it.

In this way, businesspeople can design their own solutions without consulting outside expertise.

“We try to make the platform really friendly for business people, not just those in IT,” he said. “A lot of people don’t want to wait on an IT organization to be able to get something done, so we try to make it easy for those who aren’t necessarily tech savvy.”

The secret to growth

Kreimendahl projects the company will double in staff and revenue again by the end of 2019. In the past, its annual growth rate has reached as high as 3,000 percent.

So what’s the secret to staying in the fast lane?

Kreimendahl’s answer is simple: responding to and implementing clients’ needs.

“We rely heavily on recurring revenue,” he said. “When you want people to keep coming back, you have to treat them well.

He also said he expects more of these new products (and market entries) later this year.