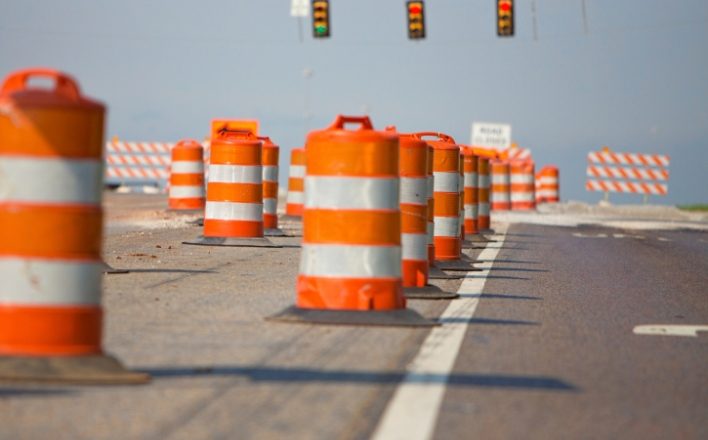 Open For Business … Even if the Street is Closed

Road work and other construction can play havoc with small businesses. But it doesn’t have to be a fatal blow.

Customers—not construction crews—are what owners of specialty shops, restaurants and other small businesses want to see when they look outside their storefronts.

Yet, almost every day somewhere, the livelihoods of small business owners are being tested by major public work projects.

While they benefit their communities in the long run, such projects in the short term typically shut down thoroughfares, eliminate convenient parking and prevent foot traffic needed for enterprises to thrive.

The situation can last for months and stir fear in even the most savvy business proprietor, who may have to tolerate a significant loss in revenue.

“It is scary, definitely,” said veteran entrepreneur Anton Kotar, owner of Anton’s Taproom in the Crossroads Arts District, where construction for the Kansas City Streetcar project has hurt his business. “My daytime sales have dropped about 50 percent.”

What can a business do to proactively weather an ongoing road project? Quite a bit, according to entrepreneurs affected by such construction.

Their advice includes staying well-informed about the construction process, setting aside a cash reserve, pooling resources with fellow business owners and effectively marketing to both existing customers and potential new clientele—including those construction workers just outside the door.

The first step for a business in the middle of busy bulldozers and noisy jackhammers is to remain persistently positive, said Sandi Russell, owner of Twisted Sisters Coffee Shop in Mission. She is one of more than 70 small business owners coping with the City of Mission’s extensive street and sidewalk improvement plan along Johnson Drive.

“I’m always up for a challenge,” said Russell, whose spirit is as bright as her neon-color eyeglasses.

When construction started, she placed orange construction cones outside her front door and used them as planters.

“I put ‘PROGRESS’ on them,’ she said. “It’s not a construction zone. It’s a progress zone.”

Though the work has sometimes prevented customers from using her front door,
Russell has cuddled up to the road construction on Twisted Sisters’ Facebook page. She regularly posts upbeat updates and cheerleading photos of the work being done on her doorstep.

“Facebook is working, and we’ve got a lot of people going to it,” Russell said. “I let people know what we’re doing and how we appreciate them beyond belief and thank them very much for coming in. You can’t tell somebody ‘thank you’ enough.”

Can’t park out front? “I’ve got a black pickup,” she tells customers. “If you see it out back, just double-park behind me.”

The self-titled “Miss Positivity” also makes sure to encourage any patron feeling down about the torn-up streets.

“I say, ‘You know what? It’s all going to be good,’” Russell said. “You have to embrace it. It’ll defeat you unless you meet it head on.”

Stephanie Landis, a consultant with the Kansas Small Business Development Center at Johnson County Community College, has visited the Johnson Drive construction zone. She acknowledges that it’s no picnic for small businesses in such an environment, but it’s absolutely survivable with a solid plan.

As soon as a business learns that upcoming construction will limit customer access, Landis recommends doing a cash-flow analysis to establish a realistic view looking forward. Try to imagine a worst-case scenario, she said, so you can prepare. That might include the creation of a dedicated cash reserve to meet fixed operational expenses.

In addition, talk with your landlord or the city to see if any concessions or changes can be made to help you take better care of your cash flow.

And be sure to communicate early and often with customers, taking every opportunity to market your business both before and during construction, whether through emails, websites, mailers, social media, specials or coupons.

“Creating a loyalty program is kind of key, where you get people back in,” Landis said. “You can tie it together with a contest or a drawing, so that it’s more fun and not a hassle.”

That was the approach taken this summer by the City of Mission’s Johnson Drive Dollars program, a promotional drawing that was part of the city’s Mission Forward campaign to mitigate the impact of construction on small businesses. Drawings were held each week at a different business, and people could enter as many times as they liked for a chance to win $100 in gift certificates redeemable at 32 participating businesses in the construction zone.

“It was kind of a mini-party each Friday,” said Emily Randel, public information officer for the City of Mission, which funded the drawings and advertised them in local newspapers. “With a little bit of seed money, we wanted to influence people to come down to Johnson Drive, even though the construction was going on.”

Ray Hanf of Mission Fresh Fashion, which sells women’s clothing and accessories, was happy to host one of the Johnson Drive Dollars drawings. “That’s a great thing that the city did,” he said. “We had three customers win and come in and use their Dollars.”

Hanf also feels that greater camaraderie has been built between Johnson Drive businesses because of the shared experience of getting through the construction. The friendliness has led to business owners pulling together and sharing resources, most notably parking.

“When they took our parking away, Dearborn Animal Clinic told all of their employees to park elsewhere, and our customers got to share their side parking,” Hanf said. “We all know that we need to work together to get through this. Everybody’s being nice.”

Despite the burdens of construction, “we see good coming down the road,” Hanf said. “When you own your building, it’s pretty cool to get all of these improvements, and they’re never really going to hand you a bill. We like that part.”

Some customers may be waiting until the concrete mixer trucks have driven away to come back to Johnson Drive. But that hasn’t stopped at least half a dozen new businesses from moving in during construction, including a hair salon, a photography studio and a computer repair business.

The first business to open on Johnson Drive after construction is ended will be The Bar, a neighborhood restaurant owned by Barry Wiser, also owner of Bar West in Shawnee.

“The redevelopment is probably the biggest pull down there,” Wiser said of Johnson Drive. “My advice to the people running businesses there now would be to just keep things going. Keep the quality, because that’s what brings people in. I can definitely see those folks having better days ahead.”

CONSTRUCTION WORKERS ARE CUSTOMERS, TOO

The promise of a brighter future can also bolster businesses affected by major construction for the Kansas City Streetcar project—a two-mile streetcar line that will run from Union Station to the River Market. Work will continue through late 2015.

“We want to minimize the impact on the more than 100 businesses along the alignment that depend on customer foot traffic,” said Meghan Jansen, public information manager for KC Streetcar Contractors. “We want to be good community partners. We know it’s not easy.”

With the support of KC Streetcar Contractors, the Downtown Council of Kansas City has launched the KC Streetcar app to help local businesses on the route offer incentives to get customers inside their doors as well as provide pertinent construction information.

Steve Fortner, owner of Steve’s Floral Shop, will take any help he can get. Earlier this year, his primary delivery business was threatened when utility work related to the streetcar project closed vehicle access to his building, although the city eventually allowed him entry.

Still, Fortner figures his walk-in business is down 1 to 2 percent, which may not seem like much, he said, but his margins are exceedingly thin.

“People are not venturing around with all the streets
being closed,” he said. “I’ve just got to keep going with phone orders and other standing house accounts that keep us busy.”

Customer service is more important than ever for Fortner. That includes giving away flowers to the construction workers he’s made friends with.

“I told them, ‘If you want any flowers, come and see me, and I’ll take care of you,’” Fortner said. “They loved it. That’s how we advertise. I’d rather have 10 gabby women talking about my business than an ad in the Yellow Pages.”

At Anton’s Taproom along the future streetcar line, owner Anton Kotar has made regular customers out of construction workers.

“Construction workers get 30 minutes for lunch,” Kotar said. “I tell them, ‘If you’ll call me, I’ll place your order for you, and you can walk in, sit down, eat your burger and be on your way back down the street.’

“The main thing is for the small businesses to make those guys your friends, because they can really help. And they’re more apt to do something for you if you help them. If you’re out there calling them names all day on a Tuesday, I wouldn’t expect much love on a Wednesday.”