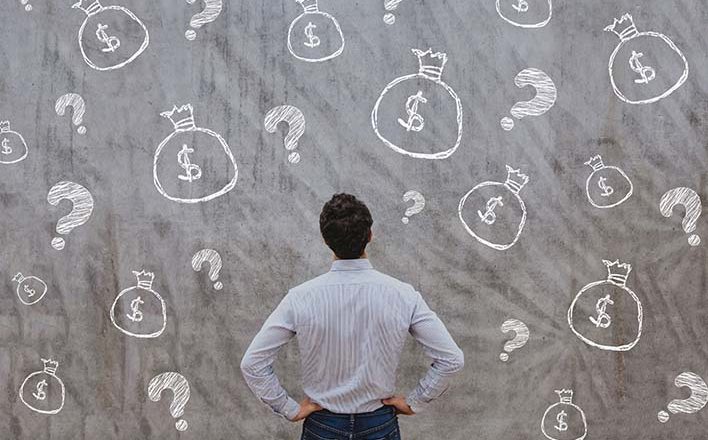 The Right Time, Right Way To Take On Debt

Every business is different, but there’s a point in the life cycle common to most: the need for capital.

It’s common to hear entrepreneurs talk about bootstrapping. Sometimes it’s a matter of pride; other times, it’s a matter of necessity—at least until the business is ready for outside capital.

But many businesses reach a point where they are ready to work with a bank.

Jason Moxness, market president of Core Bank, recommends developing a relationship with a banker early on to get advice about the best way to finance the business.

“Proper structure out of the gate really does dictate the success of the business,” he says. “Even if it feels like it’s too early, it’s good to have a conversation with a banker to determine when would be the appropriate time to take on debt. And that really depends on how you’re going to use it.”

There are two common ways to borrow from a bank: a line of credit and a term loan.

“Think of (a line of credit) a little like a credit card, and think of a term loan like a car loan,” said Julie Nelson Meers, a commercial lender at Mobank.

The bankers and two small business owners helped to break down when each type of loan might be right for a business.

“Access to capital is very important,” Moxness said. “On a line of credit, knowing that you have it, even though you’re not drawing on it, is beneficial.

“Building business credit, similar to your personal credit, is important. It builds your balance sheet as a small business to have business debt—the ability to grow your business quicker than you could otherwise.”

Small businesses that bootstrap with the owner’s cash “sometimes decline quicker because they get to the end of their cash flow supply and run out (of money) before their ideas run out,” he said.

Laura Schmidt started her business with personal funds. She founded Notes to Self LLC in 2011, a company that sells American-made socks with words of encouragement like “I am confident” knitted in during manufacturing.

She tried to get a bank loan in 2012 but was turned down. She was surprised that even though she had good personal credit, she wasn’t considered a candidate for a business loan.

So she bootstrapped. She refinanced her house and used money from that to buy inventory. At first, she used personal credit cards with low interest rates for business purchases.

After meeting with a banker, Schmidt was able to secure a business credit card with a $15,000 limit. Using that card, she was able to further grow her business to the point where she was eligible for an initial $50,000 line of credit with the bank.

“The line of credit got me out of that credit card game, and it just leveled things out for me,” Schmidt said. “I knew that I was just paying one place and I just had one thing to keep track of instead of all these different due dates.”

Nelson Meers said businesses like Notes to Self that have inventory are likely to need a line of credit.

The line of credit helps to smooth out cash flow issues that arise from buying inventory, waiting for items to sell and then sometimes waiting up to 60 days for payment, she said.

“A line of credit is the release valve to your cash being tied up,” she said.

Banks will set the credit limit by looking at the cost of inventory and a report of accounts receivable, Nelson Meers said. The bank also will take into account the company’s net worth and historic profitability, she said.

Like on a credit card, businesses only pay interest on the amount borrowed from the line of credit. The limit typically increases once a year, Nelson Meers said.

For Schmidt, whose products now are in 1,900 stores, having a line of credit took a weight off her shoulders.

“I think that if I didn’t have the line of credit, it would be very limiting,” she said. “The line has been freeing—it’s been almost comforting just to know it’s there.”

Still, Schmidt said, it’s been important for her to have the line of credit paid down to zero once a year to reassure herself she’s not living beyond her means.

A term loan is for a big purchase — for example, a piece of equipment. Unlike the line of credit, the balance doesn’t revolve. Rather, the business makes regular monthly payments to reduce the balance over time.

Often a company that’s growing and has a strong history of profitability is the best candidate for a commercial loan, both Moxness and Nelson Meers said.

But there’s another term loan option available to some startups—SBA loans. These are backed by the U.S. Small Business Administration and give banks more flexibility to work with companies that don’t have a financial track record yet.

SBA loans often are used to lend money for working capital, Moxness said. It can be used for purposes such as hiring employees or buying inventory to get the business off the ground.

Cindy Farrow was able to secure an SBA loan for her new retail store in Parkville, The Fabric Chic. Farrow’s shop, set to open March 1, caters to quilters and sewing enthusiasts with a selection of high-quality fabric in a variety of contemporary prints. It also has a classroom with sewing machines for beginner lessons, workshops and “sip and sew” sessions.

Farrow was able to secure an SBA loan for $150,000, which she said has a good interest rate and 10-year payback period. She is using the money to create a sleek-looking store with custom shelving, fabric inventory and a good point of sale system that will allow her to track sales and customer data.

“I wanted everything to be as electronic as possible,” Farrow said. “Having that money allowed me to really set this up the way I think it needed to be right from the beginning.”

Though she said she has a “decent base” of fabric selection to begin, Farrow said she spaced out her orders throughout the year to take advantage of the new patterns released every four to five weeks.

Farrow said she did a lot of research before choosing an SBA loan. Still, there were some surprises. There are so many requirements, she joked, that she was ready to be asked to sign over her first-born child.

“I didn’t like that at first. I really kind of like it now because it holds you accountable. Everything I’m spending, I’m asking myself, ‘Is this purchase really going to benefit bottom line?’ It’s got to have a true purpose.”

Her advice to other business owners was to thoroughly research the options and discuss with a banker the fees, the process and how long it will take.

Moxness agreed with Farrow—a good place to start researching loan options is at the local SBA office in downtown Kansas City, he said. He also recommended that borrowers find an SBA preferred lender if they decide to go that route.

“That means they’re able to make all the loan decisions locally—they don’t have to go to SBA for approval,” he said. “When you work with a preferred lender, the SBA has given them the ability to make all the loan decisions. So from a timing perspective and red tape, if you will, you’ll have an easier, more streamlined process working with one of the preferred lenders in town.”

He also advised that the process to get an SBA loan looks more like a job interview, where startups will be peppered with questions and need to bring a strong business plan.

Whether a business is seeking a traditional term loan or an SBA loan, “It comes down to the why—what do you need it for and how are you going to use it?” Moxness said.