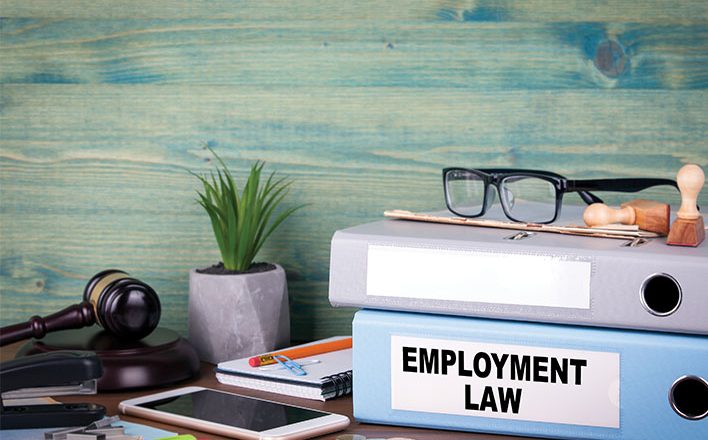 Some issues on the minds of lawmakers could affect your business.

With the midterm elections over, we can now sit back and evaluate – at least with a bit more clarity – what 2019 will hold for employers. Employers will need to pay attention to several issues that are likely to be addressed at both the federal and state levels.

Although Congress has avoided raising the federal minimum wage, many states and municipalities have moved forward with increases.

With the Democrats regaining control of the U.S. House of Representatives, it is likely that a raise in the federal minimum wage (currently $7.25 per hour) will once again become a topic of discussion.

Pay equity continues to be a big and important topic.

The Equal Pay Act has been reinvigorated by recent political and legislative initiatives and by social media. A number of bellwether states, including Massachusetts, California, New Jersey, Delaware and Oregon, have enacted robust pay equality statutes, with more legislation on the horizon.

Equal pay litigation is on the rise, and multi-million-dollar settlements of class-action lawsuits are being reported weekly. Activist shareholder groups are demanding that companies conduct pay audits to ensure employees are being paid fairly and in compliance with these new laws.

It is not a bad idea for your company to conduct an audit as the first step of any compliance effort, and it is generally recommended that you have employment counsel conduct this audit so the results will be privileged.

The #MeToo movement has resulted in a significant increase in sexual harassment and discrimination claims. With the contentious – and now infamous – Brett Kavanaugh hearings as an example, we expect that trend to continue.

What you need to do in advance of having a claim asserted against your company:

» Make sure your harassment/discrimination policies are up to date

» Redistribute your policies to all employees

If someone in your company does make a complaint, investigate it promptly.

In 2016, the Department of Labor released new regulations that would have changed the salary threshold for “white collar” workers from $455 per week to $913 per week. This regulation got put on hold temporarily by the courts and then – with the 2016 election – got put on hold further with the new administration.

We expect the Department of Labor under President Trump will likely issue new regulations sometime in 2019 that raise the salary threshold again, but this time to somewhere in the mid-$600-per-week range.

We have seen an increase in investigations from Immigration and Customs Enforcement. That trend is likely to continue.

In light of this, it is important that you make sure through an internal audit that your I-9 forms are in order. Use payroll records to ensure you have all I-9 forms required for current and prior employees.

Train the appropriate staff on how to complete an I-9 and what actions they should take when they are made aware that an employee may not be authorized to work.

Of all of the measures expected to be pushed by the new House, it seems likely that paid sick leave will be on the top of the agenda. Many Republican members of Congress have indicated support for such a law, and even President Trump has provided words of support for some form of paid sick leave.

The devil is in the details, however, and it remains to be seen what form of paid sick leave would be agreed upon by the Senate and the president.

Some Republicans have floated the concept of a voluntary paid sick leave program, or one that is borne by employees themselves through a reduction in Social Security or other benefits, which has not been well received by Democratic leadership.

One thing is for sure – if 2019 is anything like the last three or four years, it will be an exciting (and potentially bumpy) ride for employers to navigate.