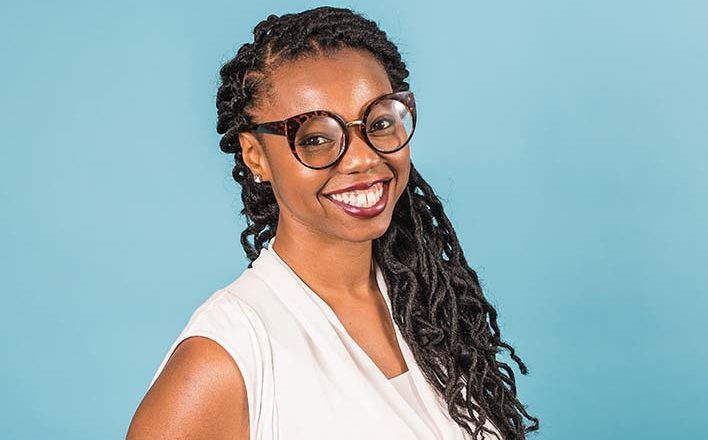 The Doctor Is In … Your House

MD HomeCare makes house calls to the patients who need it most.

The idea of a doctor making a house call might seem like something that happens only in black-and-white movies.

Yet a small but mighty Kansas City practice, MD HomeCare LLC, has been operating a medical house-call business for 17 years.

MD HomeCare bills itself as mobile doctors for immobile people. It’s one of the few services that sends medical doctors to treat patients who are primarily homebound. Some patients are bedridden due to illness or obesity. Others are suffering from blindness, agoraphobia, muscular dystrophy, multiple sclerosis, ALS, severe arthritis or other conditions.

Joahn Hall, a family physician, operated the business on her own until her daughter, Cristina Betts, recently joined the LLC. Hall runs the medical side while business operations are directed by Betts, who has an MBA and spent years in management consulting for the IT industry.

MD HomeCare has been solidly, reliably successful for years. Yet Betts has long known that the business could easily be expanded and replicated elsewhere. It’s why the mother-daughter team turned to ScaleUP! Kansas City this spring for help.

ScaleUP! is offered by the University of Missouri-Kansas City Innovation Center and the U.S. Small Business Administration. The training program is open to entrepreneurs who have been in business at least two years, generate $150,000 to $500,000 in annual revenue and are in a market capable of supporting more than $1 million in sales.

After just a few weeks in the program, Betts knew it would be life-changing, both professionally and personally.

“I’m really blown away by the material and that it’s not just fluff. A lot of times when you go to businesses seminars, it’s just fluff. You don’t walk away with tangible assets,” she said. “ScaleUP! is giving me the blueprint, the floor plan, to be able to really grow.”

Help for the Homebound

MC HomeCare started 17 years ago when Hall discovered the need for its services under sad circumstances: Her children’s daycare provider, nicknamed Pepsi, fell ill and could no longer care for herself.

“It was an eye-opening experience when I became a caregiver of my babysitter and understood, firsthand and quite intimately, how involved and taxing that can be on a regular basis,” Hall said.

Getting Pepsi to a doctor’s appointment was a monumental undertaking.

Hall said, “One side was completely paralyzed, so maneuvering her took a great deal of effort. It took four guys to get her out of the house.”

The entourage would have to follow them in and out of the doctor’s office—a task that would take hours—for a 15-minute appointment.

Hall started talking with others and realized the problem wasn’t an anomaly. With some research, she also discovered that insurance and Medicare would cover home-based care in some cases. Soon after, Hall began making house calls at night for friends from church.

Some were homebound and didn’t receive any medical care, while others spent several days recovering from seemingly minor doctor’s trips. Hall knew some patients were in such a fragile state that those trips to the doctor were taking months, if not years, off the patient’s life.

It’s different from traditional home health care, which sends nurses into a home. Those nurses must be ordered by doctors, Hall said. In this case, Hall sees the patients in the home and can also order nurses to make follow-up visits. But a patient doesn’t need to travel to a traditional doctor’s office.

Hall had no intention of growing the business back then.

“For me, it was a need I wanted to address and keep it on a small scale, purposely not really growing because I didn’t want to overextend myself,” she said.

‘I Know That I Want to Grow’

But Betts recently pointed out the practice’s potential. And so, together, the two have married Hall’s medical expertise with Betts’ business skills.

Betts has already made several moves to grow MD HomeCare, including hiring two nurse practitioners who have helped grow revenue. But she knows MD HomeCare needs help to get to the next level. That’s where ScaleUP! comes in.

“I know our business model is one that we can duplicate,” she said. “But how do we duplicate it? What steps do I need to take to get to that point? That’s what I’m really excited about gaining from the ScaleUP! program.”

Betts has already begun putting her new skills to work.

For starters, she is writing down MD HomeCare’s business practices. If it is going to grow, ScaleUP! experts said, it must run without Betts and Hall handling every task.

Betts also learned how to communicate better with her mom—a physician and engineer who wants hard facts before making decisions.

ScaleUP! forces entrepreneurs to focus on tangible and researched evidence. It pushes business owners to make decisions based on the bottom line rather than friendships, seasoned partnerships or hunches.

Betts realized that before asking her mom to make changes, Betts needed to show her clear research supporting the moves.

Betts also plans to use ScaleUP! to form a marketing plan. Betts knows there are untapped markets out there—people simply need to hear about MD HomeCare’s services. ScaleUP! will help her tackle that project next, and then, she believes, growth is inevitable.

“I’ve been telling my mother for years, as soon as people find out, we need to be ready,” Betts says. “We anticipate a large influx of patients.”

ARE YOU READY TO SCALE UP?
ScaleUP! Kansas City—an elite program for KC small businesses—is looking for companies that want to supercharge their growth. Learn more at www.scaleupkc.com