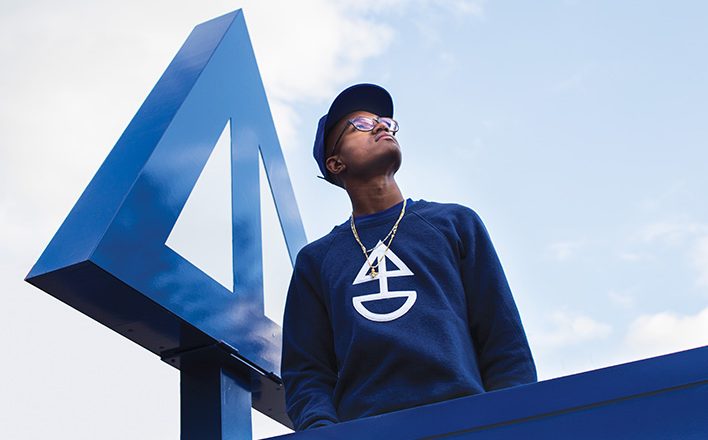 “One-third of our business happens between Thanksgiving and Christmas,” Tuohy said.

The marmalade is one of nine staple and eight seasonal small-batch products made by KC Canning. Tuohy and his wife, Laura, launched the specialty food company in November 2014.

Space to Preserve, Room to Grow

The product line resembles the contents of a grandmother’s farm pantry. Except the flavors of these pickled and preserved goods have been jazzed up by a chef with an adventurous palate.

For example, KC Canning makes products like 7-Pepper Jelly and Rosemary Fig Spread, as well as shrubs, a type of flavored, vinegar-based concoction used in cocktails and nonalcoholic beverages.

“I also make a Harvest Series,” said Tuohy. “I work with local farmers and buy excess produce. These items are sold online in limited runs from spring through fall.”

For example, Tuohy acquired 300 pounds of baby beets last May and made Spiced Pickled Beets and a Beet Tarragon Shrub. The arrangement helps farmers when excess produce would otherwise become compost. Tuohy transforms fresh food into edible eats by preserving it.

Tuohy, a former restaurant chef, and his wife come from families with a history of canning and preserving foods. He created the original small-plate menu at Tom’s Town Distilling Company for the distillery’s opening. Now Tuohy focuses on managing production for KC Canning’s in-demand goods and growing the fledgling company.

“After a year and a half, I moved production from a shared commercial kitchen to the East Bottoms,” he said. “It was time to find our own space.”

In addition to his online store, he sells products direct to a limited number of customers and via Shatto Milk’s home delivery program. Boulevard Brewing’s Beer Hall features KC Canning’s unfiltered Hoppy Pickles and Bloody Mary Mix on its menu.

KC Canning’s building sits on a half-acre lot with ample potential for use.

“Next spring, we’ll start doing events in the lot by the building. Maybe a night market like those found in Vietnam,” Tuohy said. “We’re talking about a community garden.”

Tuohy aims to sell bigger quantities of select products to large retail accounts. He also plans to work directly with more small shops in Kansas City and develop stronger relationships with local farmers as a source for his produce.

“Kansas City will also be a testing ground for new products,” he said.

Tuohy opened a small jar of pickled ground cherries, a fruit he didn’t know existed until a farmer introduced it. The cherry tasted like mango. Tuohy suggested that the cherries would make a novel cocktail garnish, and the tangy liquid could double as a mixer.

KC Canning Company, winner of a 2016 Good Food Award for its Apple Caraway Shrub in the spirits category, also earned a 2017 Good Food finalist nomination for its Pickled Ground Cherries and Beet Tarragon Shrub. The announcement of winners will take place on January 20.