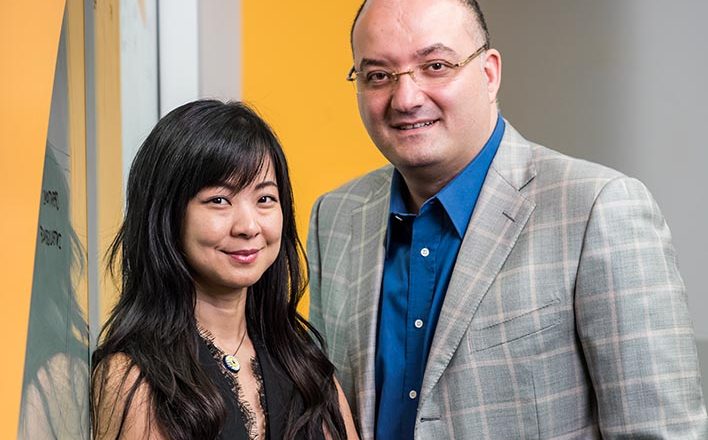 Top of Mind: How MindLift Helps the World’s Biggest Companies

MindLift helps corporations to seamlessly serve their customers, either face to face, via mobile devices or over internet.

Something starts glitching—it could be your cable TV or the enterprise software you use to run your business. So you call the 1-800 line and patiently wait for an operator to assist you. When it happens again, you dial 1-800 once more and patiently explain for the second (or third or fourth or fifth) time what’s wrong.

Eventually, customers lose their patience. According to EY, U.S. companies miss out on more than $83 billion in sales each year because of poor customer experience.

Luckily, help is out there. MindLift is an Overland Park consulting firm that helps midsize and large enterprises adopt advanced tech-based solutions to solve real business problems, whether that means boosting security or harnessing massive amounts of data. 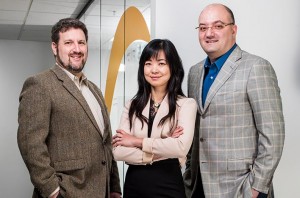 One of MindLift’s sweet spots is omni-channel customer experience. Erlinda Tjhai-Aydulun and Kaan Aydulun, the couple who founded MindLift, and their team help their clients to improve customer satisfaction at each contact point.

Doesn’t matter if you show up at a company’s brick-and-mortar location, send an email, call the help line or fire off a text message. Everybody you encounter will know who you. They’ll know what you discussed the last time you called.
And if you’d rather follow up via text message instead of phone, they’ll be flexible enough to accommodate you.

“When I call them, they know who I am,” Erlinda said. “Then they can text me to say my appointment time is such and such. I don’t need to explain my problems over and over and over again through five different levels of customer experience support.”

MindLift has doubled its revenues every year since it was founded in 2013, winning over a series of major corporations as customers.

That’s one of the reasons why Erlinda was named the 2016 Entrepreneur of the Year by the Asian American Chamber of Commerce of Kansas City. Last fall, the Kansas Department of Commerce selected MindLift as its Minority- Owned Business Professional Services Firm of the Year.

‘Owning Your Own Destiny’

Erlinda and Kaan have been married nine years and have two children, ages 3 and 6. The couple first met through salsa dancing—at the time, they hit the dance floor a few nights a week. With work and family, they’ve had to dial those outings back to once a year or so.

Kaan oversees the technology side of MindLift. Erlinda handles business development, hiring and pretty much everything else.

They had talked about starting their own company for a while, even back when they were dating. It just made sense given their backgrounds. Not only does Erlinda have expertise in management consulting thanks to her time at Black & Veatch, she’s a serial entrepreneur. She co-founded TeaDrops in Kansas City and owned Indo Café, an Indonesian eatery in Lawrence. (Erlinda, who’s of Chinese descent, is originally from Indonesia.)

Kaan, meanwhile, spent nearly 10 years with Accenture. As an executive, he played a big role in the development of the professional-services firm’s tech architecture services.

“In America, living the American dream means owning your own house, owning your own business, owning your own destiny,” Erlinda said. “So when one day Kaan’s previous employer said, ‘I want to hire you for a job,’ we said absolutely, but we want to come in as a contractor.” 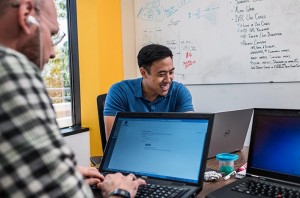 The couple formed an LLC. The name they chose, MindLift, sums up what the company does: Whatever’s weighing on a client’s mind, Erlinda, Kaan and their team help shoulder that burden. MindLift will investigate a problem and find advanced tech-based solutions to surgically improve the client company’s effectiveness and results.

“I guess another way of saying it is we supercharge their team,” Kaan said.

MindLift doesn’t actually build its own software. Rather, it partners with third-party innovators and tailors their products to the issues faced by MindLift’s clients.

One of MindLift’s favorites is Splunk, a solution that makes Big Data meaningful. In fact, last year the MindLift team sat on Splunk’s official partner advisory board, alongside a series of billion-dollar companies. And MindLift is introducing innovations from around the globe to its clients—for example, by partnering with Almawave, a natural-language search pioneer from Europe.

MindLift tackles problems that might seem small, but can compound into crisis-level issues when they’re multiplied across the scale of a major corporation.

Kaan remembers a client whose customers would log into its website and place an order every few months. The only problem? The password for their login had already expired, and they didn’t have an easy way to get a new one.

“Now the next time they want to order, they can’t order,” he said. “They have to call countless times to different people. It could take days and weeks to order products. Emotions get high … no one wins. This is the moment MindLift shines—we help to take the friction out and ease the way our clients operate.”

Up Against the Big Guys 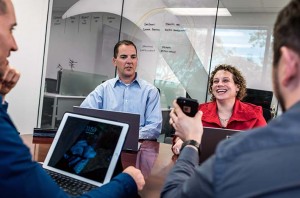 If MindLift’s clients are huge, so is its competition. At one presentation, Erlinda and Kaan were up against a professional-services firm that, in total, employs around 250,000 people. And MindLift beat them.

“We won against somebody who bills (the client) over $100 million a year,” Kaan said. “They’re embedded. They know the client inside and out. They have resources that far exceed governments in some countries. And we won against them.”

How does MindLift do it?

Well, they deliver. MindLift’s team members are experts at what they do. More importantly, they’re able to smoothly integrate into a client’s operations and diagnose what’s wrong.

They’re careful to propose solutions that, while they resolve an issue, won’t be massively disruptive. After all, a solution isn’t really a solution if it creates more problems.

“You can’t just bring in the tools without knowing exactly what to do and how it fits in the greater picture,” Erlinda said.

Because it’s so important to mesh with clients, the MindLift duo has been cautious when adding new employees. They hire as much for personality and cultural fit as they do for technical skill.

That desire for like-minded people extends to MindLift’s business development. Instead of investing time and money in marketing, most of the company’s new business has come through referrals. New clients tend to be people who already see the value in their work.

MindLift also is certified as a Women’s Business Enterprise (WBE) and Minority Business Enterprise (MBE), and they have been useful marketing tools, Erlinda said. The company has made valuable connections by attending local events for diverse suppliers and meeting procurement officers.

Having WBE and MBE status is not a magic cure-all, Erlinda said. Ultimately, you’re going to be hired based on your skills and judged by your performance against your promise.

Live and Breathe Your Business 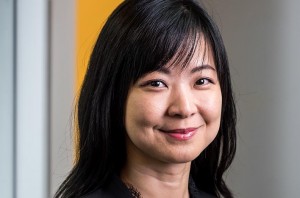 While MindLift has enjoyed a lot of success, Kaan and Erlinda are the first to acknowledge there have been a few twists and turns along the way. They’ve had to drop service offerings that weren’t really a good fit. They’ve had projects that came within a day of going to contract and then suddenly evaporated.

“When that happens, you don’t go home and sit in your corner,” Erlinda said. “You ask what else can I do, what do we need to modify.”

That’s one of the biggest lessons she took from her earlier businesses: “You have to be personally involved in your business,” she said. You can’t just log the hours. You’ve got to really live and breathe your vision.

Luckily, she and Kaan have each other. After they put the kids to bed, or when the two of them are driving places, they’ll talk about how things are going at MindLift, what they need to do next. Their relationship has given them a foundation that’s allowed them to do meaningful things together.

“When you own your own business and develop an environment where like-minded people share similar passion,” Kaan said, “you can innovate and solve real problems at an accelerated pace.” 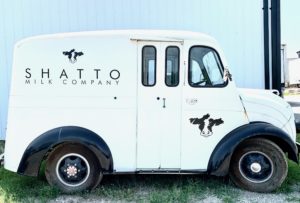