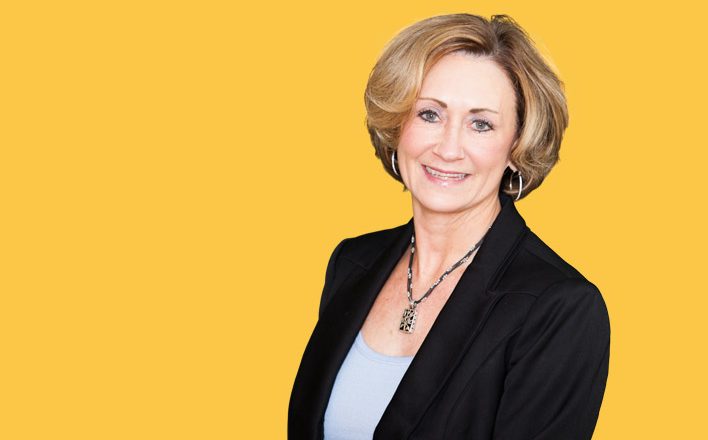 After flood, fire or worse, Sage Restoration helps clients put their homes and businesses back in order.

There are days in nearly every entrepreneur’s journey when they stop to consider what on earth they got themselves into.

For Stephanie Sage, it happened years ago as she was crawling through a customer’s attic, hunting for signs of water or mold damage. She paused to ponder her lot.

“I don’t know any of my friends that would be doing this,” she said. “But I muscled through it and am proud of the work we do.”

Years later, there’s little doubt she made the right choice in starting Sage Restoration. She and her husband, Alan Sage, have turned a one-person operation into a competitive small business that specializes in restoring homes and businesses damaged by water, mold, fire and odor.

And now the Sage family is working to take the business to the next level. Stephanie Sage was among 15 entrepreneurs chosen to participate in ScaleUP! Kansas City, a free program designed for growth businesses. It offers classes, peer mentoring, professional guidance and more.

ScaleUP! Kansas City, which is offered by the UMKC Innovation Center and the U.S. Small Business Administration, is available to those who have been in business for at least two years, generate at least $150,000 to $750,000 and are in a market capable of supporting more than $1 million in sales.

‘You Saved My Life’

Cleaning up after water and fire damage is a big part of the business, but the Sage team, which includes three full-time staffers, handles many other jobs. They neutralize cigarette smoke and animal odors—everything from pet urine to skunks. They’re called to help after unattended deaths and suicides.

No matter the job, Sage employees often walk into a family’s life at one of the most stressful and shocking times. Yet this is where the team excels. They stop to listen to customers, remain patient and offer a caring, supportive hand.

“Our people have probably seen everything,” Stephanie Sage said. “And nothing surprises them.”

For example, Sage Restoration regularly responds to the homes of hoarders, where workers have to walk through makeshift pathways over piles of debris. The plumbing rarely works, they may have neglected their basement and foundation repair issues, and they often find bathtubs filled with hazardous waste.

But once the job is done, the Sage team can leave knowing that they’ve helped someone in their darkest hour.

“You saved my life,” a hoarder told the Sage team after a recent job.

ScaleUP! Kansas City teaches companies to define their branding, what sets them apart. For Stephanie Sage, there was no doubt about what makes Sage Restoration special.

“We help people. We are in the business of helping people with their properties. That’s really what we’re selling. We go in, and we act as a guest in your home,” she said. “We take time to talk to the homeowners.”

Instead of rushing right in to get started, Sage employees explain the process and help to ease anxiety.

“People get scared. You’re dealing with their home,” she said. “We just really try to take time with people and show compassion.”

“You can tell there is almost a personal attachment to doing the job right,” Ward said of Sage.

Going Up Against the Big Guys

Customer service is especially important to Sage because the business is competing with massive cleaning and restoration companies, many of which have close ties to insurance companies.

Homeowners are so overwhelmed during a crisis that they simply choose the first restoration business that their insurance agent mentions. Though Sage Restoration can and does handle claims with all insurance carriers, one of its challenges is letting people know that.

Stephanie and Alan Sage have learned that in order to succeed in this highly competitive market, they needed to trust their employees in the field. They had to “get off the truck,” Stephanie Sage said.

Loyal employees handle much of the on-site work these days, freeing the Sages to grow the company.

ScaleUP! Kansas City also has taught her to take a hard look at her business inside and out, especially the financials.

“If you don’t know your numbers, it’s hard to do projections for where you want to go and where you are now,” she said.

Creating an exit strategy was another thing the Sages learned from ScaleUP! Kansas City.

“Most people don’t have an exit strategy because when you first start a business you think: Exit strategy? Why would I want to think about an exit strategy?” Stephanie Sage said. “But you’ve got to know where you want to take your business.

“Does that mean selling it someday, turning it over to employees or turning it over to family? You have to have a plan because you need to guide your business in that direction. A lot of people think, ‘I can just sell it.’ But it takes a lot to grow the value of a company.”