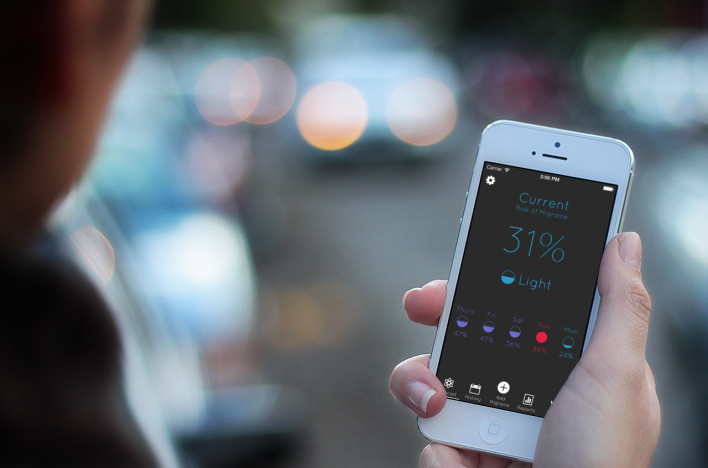 Staying Ahead of Monster Headaches

There’s no shortage of apps that appeal to migraine sufferers.

But a Kansas City startup, Welltodo, managed to make a clear distinction when it launched this spring. Going beyond the typical one-size-fits-all approach, it created a personalized application—Welltodo Migraine—to help users figure out their migraine triggers and predict the next attack using data analytics, medical monitoring and behavioral science.

The product, which should be in Apple’s App Store by late May, doesn’t come out of the box ready to predict migraines, said founders Chris Cardinal and Jimmy Console.

It comes equipped with a general migraine forecast based on population data, weather fluctuations and much more. However, what makes it unique is the personal diary for users to enter symptoms, migraine severity, nutrition, sleep habits, exercise, frequented restaurants and more. As the app starts to learn users’ patterns, it can provide specific feedback.

An App That Learns

The founders know the attention will be focused on Welltodo Migraine’s prediction system. But they believe the app offers something just as important: a chance for users to respond to the data with behavioral interventions. Users can closely track how various factors affect them personally, and the app provides targeted ways to stay healthy.

“We can take that (diary) information and give insights back to the individual and then give them preventive or wellness steps that they can take that are based upon driving the most important thing, which is health outcomes,” Cardinal said. “That’s what we’re focused on.”

As an example, suppose Welltodo’s Smart Health Platform finds that you have an elevated risk of attack when there is a significant air pressure change and you didn’t get much sleep the night before. Welltodo Migraine will alert you ahead of a pressure change and will also provide a tip.

You should try to get a good night’s rest on Thursday because it will increase your migraine risk if you don’t.

The personalized warnings and tips will be premium features that require a subscription.

The founders believe that makes sense for the market, where consumers have long indicated they are willing to pay for a service like Welltodo.

He points out that migraines affect millions of people around the globe.

“Migraine and tension type headaches are the second most common disease in the world,” Cardinal said.

The World Health Organization reports that about 11 percent of the general population suffers from migraines.

Welltodo’s founders feel comfortable that their application will help users learn more about their body and the factors that play a role in their migraines. Perhaps, Console said, it could one day help users learn enough about those factors that it lessens their dependence on prescription drugs, which often have side effects.

Cardinal and Console are focused on migraines now, but as part of building the migraine app, they developed the Smart Health Platform, which could easily translate to other health conditions including asthma, arthritis and more.

The application also comes at a time when doctors are looking for tools to help improve patient adherence and outcomes because their reimbursement payments depend on that.

Cardinal sees a day when the app would be prescribed by a doctor to work in concert with medication and other techniques.

Digital Sandbox KC has been an essential part of the startup getting off the ground when it did. The founders said that the Sandbox provided the financial wherewithal to hire a specialized developer and produce a high-quality product for users.

“I truly believe that the quality of our code and the quality of the structure of our system would not have been as strong without that,” Cardinal said. “We were able to use those financial resources to take care of things that are outside of our development wheelhouse.”

Digital Sandbox Director Jeff Shackelford said he has little doubt that the business will be successful based in part on the founders’ diverse experiences and capabilities.

Cardinal, who lives in Kansas City, and Console, a medical doctor who lives in Portland, are entrepreneurs who have developed other successful companies. The two spent years thinking about Welltodo Migraine before jumping into the marketplace.

The founders were committed to getting the business up and running, but they admit that the business would have taken more time without the Sandbox.

“This would have been something that would have taken us significantly longer if we had not had the opportunity to work with the Digital Sandbox,” Cardinal said.

Shackelford believes this product will hit the market at a key time.

“Any product that has the ability to help so many individuals manage such an inordinate pain point has a high chance of success in the marketplace,” he said. “A handful of migraine diary apps exist, but theirs adds innovative functionality that will raise the bar in the market.”