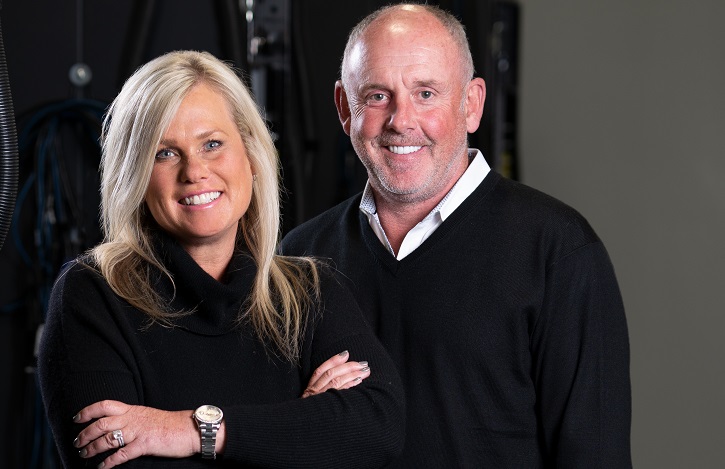 The Big Deal Bell has been ringing a lot lately at Stallard Technologies Inc. (STI) in Overland Park, Kan.

The bell, mounted in the heart of the technology hardware company’s headquarters, is a rallying point for employees and executives when new customers join the firm’s growing roster of clients in 49 states and 100 countries worldwide.

And the company had much to cheer at the bell in 2019: Sales jumped 32 percent over the year and in August, ground was broken on a building expansion that will take it from 16,000 square feet to almost 30,000 square feet this month.

STI founder and CEO Whitney Elliott attributes much of her company’s growth to strong customer service and support.

“We have been in the industry so long, and we do have such a good reputation,” Elliott said. “It’s the word of mouth … It’s our customers constantly referring other people to us.”

The pricing of her products doesn’t hurt either.

Because STI offers refurbished hardware, mostly from Dell, customers often save 40 to 50 percent compared to the cost of new equipment.

Filling a void in the market

Elliott began selling used computers when her family was going through a financial rough patch in the early 2000s.

Looking for ways to make “a few extra dollars,” they bought a batch of used desktops from a distributor and decided to give them some TLC before reselling them.

Their secondary market in those early days was garages and driveways all around town, where Elliott set up shop and sold out of their first 500 refurbished computers in a matter of months.

Pleased with that initial success, they bought more equipment — this time computer servers — and listed those systems for sale online. By the time they got home after dinner and a movie, they had another sellout.

“We found out there was a real need for used computers,” Elliott said.

She listened to the market and has been off and running ever since.

Moving from garage to office

Elliott launched STI in 2003 and transitioned to a business-to-business sales model with the understanding that companies would appreciate the value of rebuilt computer equipment much like individual consumers did, particularly if combined with service and support.

STI sourced equipment being retired by Fortune 500 companies, stripped it down to the component level, and custom-configured it to other businesses’ specifications, all at a big discount from what the businesses could buy new.

This was quite a shift because, at the time, many people thought their used hardware didn’t have any life or value left in it after two or three years.

STI helped change that thinking and, in doing so, solved a problem for both the buyers of the refurbished systems who were looking to stretch their IT dollars and the sellers who previously weren’t sure what to do with used equipment.

“Now they’ve gotten paid for something that might’ve been just been sitting in some storage closet somewhere with computers stacked up,” Elliott said.

After quickly being recognized by eBay as one its top 10 power sellers in the B2B segment in 2004, STI started an in-house sales team to cultivate long-term client relationships.

The company now has eight Dell-certified account executives, and it is “one of only a handful” of companies in the nation authorized to sell pre-owned systems that come with warranty and technical support from Dell as if purchased new.

Starting with a trip to Austin, Texas, for a cold-call meeting many years ago, Elliott worked hard to earn Dell’s trust and build a relationship that would grow over the long haul.

The first step was proving that STI would protect Dell’s reputation by taking great care of the business customers using Dell equipment in the secondary market. Then there were the extras Dell valued, such as Elliott’s commitment to recycle anything from old equipment that can’t be resold or reused.

This approach earned STI other important designations along the way. For example, the company became the world’s first server-specific Microsoft-authorized refurbisher in 2008 and successfully obtained ISO 14001 and 18001 certifications for environmental and health and safety compliance in 2014.

Adapting in an ever-changing industry

With 28 employees and annual revenues of more than $20 million, STI is in the midst of adding services and products in response to customer requests.

It created a managed services division last year to provide hardware installation, system maintenance, data backups, remote monitoring and support, and software migrations, which Elliott refers to as a 360-degree IT solution.

Customers also have the option of choosing a “PC as a service” pricing structure, which offers ongoing hardware and software refreshes, along with support, for a monthly per-seat fee.

STI’s latest offering for 2020 is a private cloud service for those who want dedicated offsite computing resources used exclusively by one company or organization rather than cloud space on servers shared by multiple users.

Elliott said a private cloud not only improves data security but allows for greater customization to meet a company’s specific IT requirements.

In an industry with significant churn, the company is proud to have staff members with more than 10 years of service in every department, something that goes a long way in maintaining customer satisfaction.

“When our customers build relationships, those employees are still here, and it’s invaluable,” Elliott said. “The talent we have here is just unparalleled to what’s out there in the marketplace.”

One way STI seeks to keep employees satisfied on the job is by making ongoing training a priority. Technical and sales staff have access to the latest certifications and education that keeps them on top of industry trends.

According to Elliott, the “social piece” of the workplace is also essential — promoting a family-like environment and giving back to the community.

Elliott’s husband, Simon Elliott, is president of STI, and together they provide computer equipment to schools, churches and nonprofit organizations while also serving on the Lovemark Foundation board of directors to support brain cancer patients and their families.

There’s fun, too. The STI team takes time to celebrate its progress and goals achieved, as exemplified by a recent company trip to Cancún.

“When people think about the computer industry and they think about Kansas City, if you’re in the IT space, people knock on our door because they want to be a part of the STI experience (as employees),” Elliott said.

Winning by putting others’ success first

Several themes emerge when Elliott talks about what has enabled STI’s growth as a certified woman-owned business — things like reliability, long-term employees and cost savings.

But beyond those important business factors, she considers a “treat others as you’d like to be treated” approach to be a key component to success.

“If someone’s going to lose, I’d rather it be us. I want our customers, our vendors and our employees to feel like they’re that valued,” she said.

She said this philosophy makes good things happen. And in the rare instances in which there can’t be a win-win, STI’s commitment to taking the loss and putting others first has built a customer loyalty that has resulted in nearly two decades of business expansion.